What Do Coca-Cola and Essential Medicines Have in Common?

It’s old news, and new. We know that the big multinational companies have a lot of clout and can make a difference on a multitude of issues if they want to. Fortune recently published its new Change the World list, which it says is “meant to shine a spotlight on companies that have made significant progress in addressing major social problems as a part of their core business strategy.”

Meanwhile, as David Mattin of trendwatching.com points out in a recent article, really good ideas have been put into practice lately that are making a difference and helping megabrands use their “resources, human capital and international reach” to do good. Their vast capabilities can be used to maximum advantage to better the world.

One good example, highlighted by Mattin, is the distribution of medicine in Africa using The Coca-Cola Company’s vast network by enclosing medication in small containers that fit between the bottles in Coke crates. Coca-Cola didn’t think up the idea, social entrepreneur and innovator, Simon Berry, did, but what’s important is that the beverage company adopted the alliance. Today the movement and charity, ColaLife, “has applied the techniques used by the producers of fast moving consumer goods to the distribution of essential medicines with the aim of making a diarrhea treatment kit as ubiquitous as Coke.” 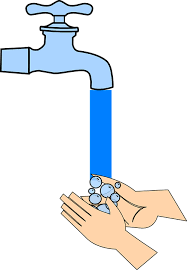 The good news here, too, is that the megabrands that might feel guilty about their poor environmental record or exaggerated consumerism and wastefulness can get on the bandwagon and find ways to make a positive impact.

Another example used by Mattin concerns Unilever. The multinational consumer goods company, through its brand, Lifebuoy, has launched a simple campaign that, “aims to change the hygiene behaviour of 1 Billion consumers across Asia, Africa and Latin America, by promoting the benefits of handwashing with soap at key occasions, thereby helping to reduce respiratory infections and diarrhoeal disease, the world’s two biggest causes of child mortality.”