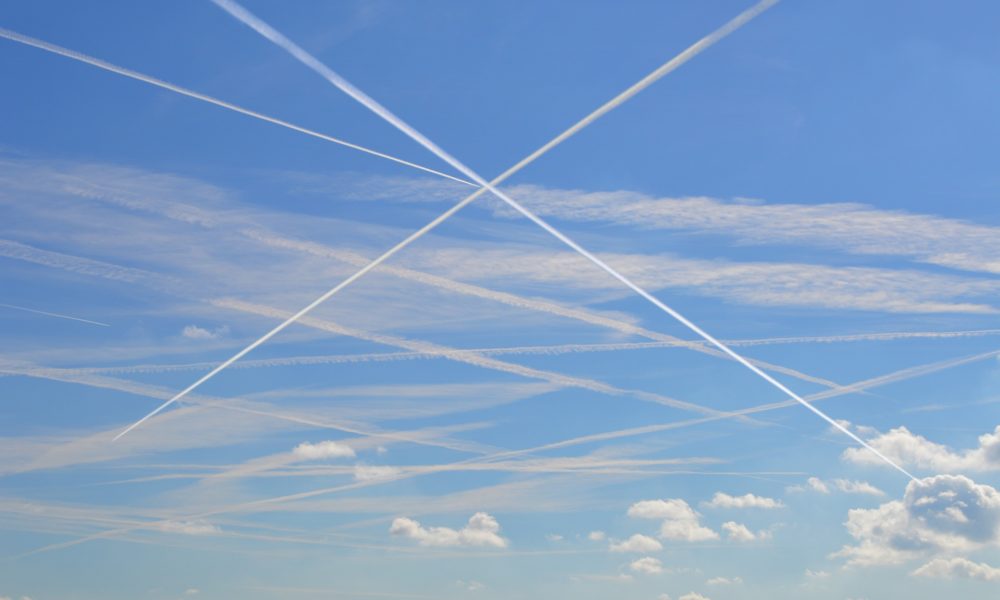 In 2018, Virgin Atlantic announced the first use of food waste as jet fuel, by successfully completing the first transatlantic flight from Florida to London using a mixture of regular jet fuel and fuel made from discarded food. At the time, the mixture was only 5% ethanol food waste to 95% normal jet fuel, but that was a small step that has been increasing rapidly. “This fuel takes waste, carbon-rich gases from industrial factories and gives them a second life so that new fossil fuels don’t have to be taken out of the ground,” said Virgin Atlantic founder Richard Branson, as reported by The Guardian. At that time, Virgin Atlantic hoped this fuel might form up to 50% of the blend in the future, significantly reducing the carbon footprint of airlines.

According to the company Collect & Recycle, flying does more damage to the climate than any other form of travel. And the statistics show that the jet aviation industry’s use of fuel has increased yearly since 2009, reaching a peak in 2019 of 95 billion gallons and producing 915 million tonnes of carbon dioxide (CO2) worldwide just in that year. A European Aviation Environmental Report suggests that aviation CO2 emissions make a clear and important target for mitigation efforts, as they represent approximately 3% of the total CO2 climate impact. Carbon dioxide (CO2) keeps heat close to the earth’s surface, creating the greenhouse effect, and the use of fossil fuels is the leading cause of climate change.

At first, the making of “green” jet fuel was the same as making biodiesel for cars, using vegetable oils, waste fats and grease to make synthetic fuel. But converting oils and wastes into diesel before converting them to jet fuel requires an extra expensive step, so more work was needed to create sustainable aviation fuel (SAF).

The good news is that there is another upside to this idea. According to a report from the Proceedings of the National Academy of Sciences (PNAS) published on March 30, 2021, emissions saving in the airline industry can come from a combination of diverting landfill food waste and using SAFs. Food waste in landfills worldwide produces methane, a greenhouse gas some believe is 84 times more potent than CO2, so using food waste to create SAF has the double effect of reducing methane emissions as well as 34% of soot emissions from burning SAFs compared to normal jet fuel. The combined result of these initiatives can cut greenhouse gas emissions by an estimated 165% compared to just normal fossil energy.

BBC News has reported that researchers in the US have now successfully turned food waste into a paraffin hydrocarbon liquid that works in jet engines. These SAFs must be similar enough to traditional jet fuel that aircraft engines require no modifications for use. This combination of food waste, animal manure and wastewater (called wet waste) can be converted into a functional jet hydrocarbon, which is then processed into volatile fatty acids. Combining these mixtures can render a blend that could still meet the severe quality criteria that US Federal authorities impose on aircraft fuels.

In March 2021, researchers at the US National Renewable Energy Laboratory in Colorado sent the first SAF samples to the University of Dayton in Ohio for analysis as “Jet A” fuel, according to ASTM International, the standards organization based in Pennsylvania. Derek Vardon, senior research engineer at the US National Renewable Energy Laboratory, stated: “There’s exciting jet fuels that rely on burning trash and dry waste but this actually works for those wastes that have high water content, which we normally dispose of in landfill,” which could represent a positive use of such waste. An August 5, 2021 article in Aerospace America, the magazine of the American Institute of Aeronautics and Astronautics (AIAA), states that the ASTM International standards body has approved a handful of SAFs to be blended up to 50/50 with traditional jet fuel. SAFs are certified as drop-in fuels, meaning there’s no modification required for the engines in today’s airliners, many of which could very well still be in service by 2050.

The PNAS report says this “reduction in lifecycle greenhouse gas emissions would provide a path toward net zero jet fuel”. Some estimates show that SAF can potentially “provide a lifecycle carbon reduction of up to 80% compared to the traditional jet fuel it replaces.” And while the aviation sector has pledged to cut carbon emissions in half by 2050, the task is difficult because fossil fuels have always been the cheapest and most efficient way to power planes. But positive work is being done, and good science and individual dedication to the environment can help save our natural world.