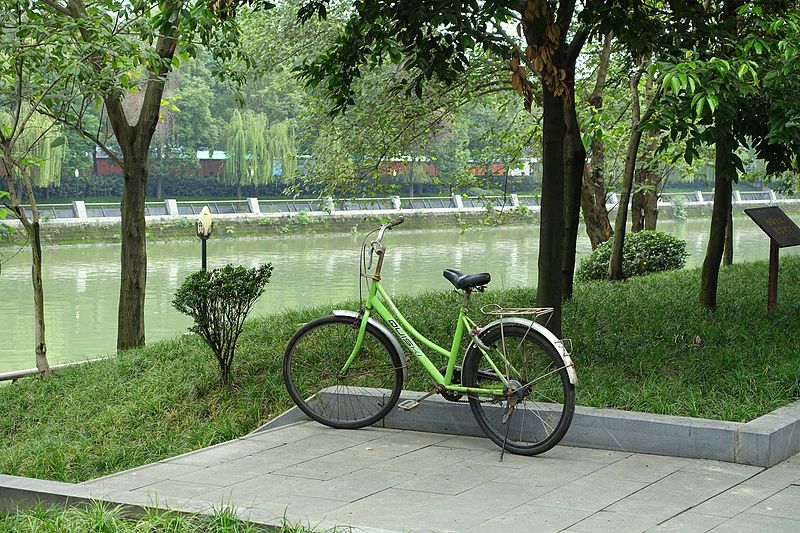 In the 1950s, when New York City was rapidly expanding, people soon realized that they couldn’t live in just a “concrete jungle”. As a result, Central Park was born. In London, once known for its foggy weather, the city has worked hard to become a “city of gardens”. And in Singapore, the famous City Garden was built to bring a greenway system to its tight and crowded environment. Now, in one of the most ambitious civic projects ever conceived, China’s Chengdu urban area is being transformed into the world’s largest urban green space, the Tianfu Greenway. 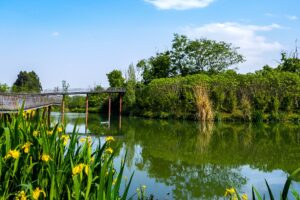 As China’s growing economy led to increased urbanization, the government quickly recognized peoples’ need to engage with nature. Since 1998, according to the World Culture Forum, Chengdu’s achievements in ecology and greenery have been internationally recognized. The city received the UN-Habitat Scroll of Honour award for its renovation project of the Funan River and, between 2010 and 2015, 31 wetland parks opened in Chengdu. In 2015, the city was named in China’s first group of Distinguished Green Development Cities. But it did not stop there.

In September 2017, construction on the Brocade City Greenway began, one of the “three rings” of the Tianfu Greenway, a project to enhance the city landscape and become a low-carbon city. The undertaking aims to turn one-third of the usable land in Chengdu’s urban area into green space, upon completion in 2035. According to Hu Yuyan of the China Daily, the expansive system of trails and bike paths adds 1,920 km (1,193 m.) of greenway to this capital city of the Sichuan province, with the planning of another whopping 16,900 km (10,500 m.) of paved trails lined with vegetation and separated from traffic. 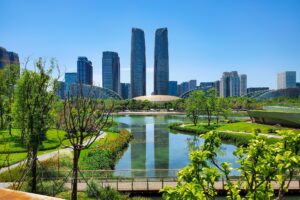 This monumental effort serves the purpose of not only making Chengdu, with its population of 16.3 million in 2019, a “City of Garden and Parks”; the Tianfu Greenway will also link together parks, nature reserves, and cultural and historical sites across the community, while boosting the economy and creating space for residents to relax, exercise and socialize. Government statistics indicate that Chengdu has built more than 2,500 cultural, tourism and sports facilities along the Tianfu Greenway so far, on 14,000 km2 of land.

Zhang Jing, Chief Architect of the Institute of Landscaping of the China Southwest Architectural Design and Research Institute, quoted in 2017 in a news article by the Chengdu Municipal Government about the project, stated: The “Greenway is not only a boulevard for bicycles, it reflects a city’s actions driven by a green developmental concept, embodies the motivation to promote harmonious industry–city–citizen development and symbolizes the aspiration to revitalize and cultivate the ecological environment.”

According to Epicos.com, Chengdu citizens will enjoy a picturesque and serene city-ring ecology featuring “mountains, forests, lakes, rivers, wetlands, grasslands, fields and greenways” right outside their doorstep. Currently, 4,280 bridge piers have been planted with vines, with a total greening area reaching over 190,000 m2. 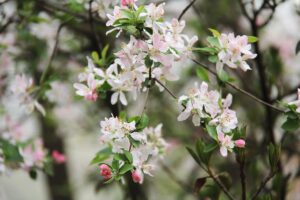 As reported by Ecns.cn, by the end of 2020, 2,607 km (1,620 m.) of the Tianfu Greenway had been completed, and the system has received a warm welcome from residents. One local inhabitant, Sui Xuemei, commented: “The cherry blossom trees with blooming flowers along the Jincheng section of the greenway in the city’s hi-tech zone offer an explosion of colors … a big draw to my family.”

This massive project will not just preserve and prioritize publicly accessible outdoor spaces, it will also enhance the well-being of Chengdu’s citizens.