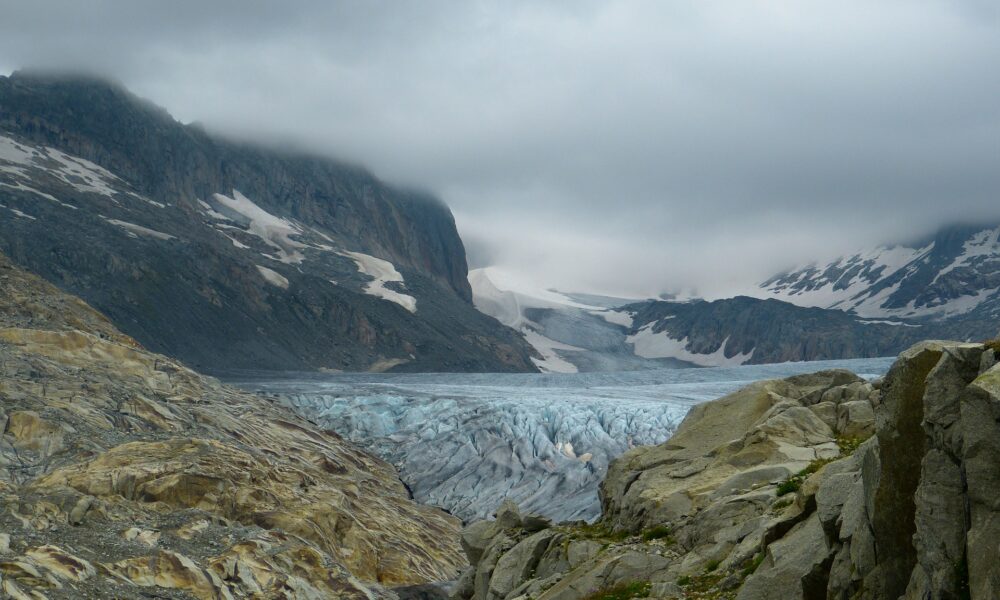 A glaciologist with the Geological Survey of Denmark and Greenland in 2009 began advocating for covering parts of the Greenland ice sheet with reflective material. In Germany and Italy, among other areas, this approach has already met with some success. And in Switzerland, since 2010 people have spent their summers wrapping the Rhône Glacier in a giant, sectional white blanket, designed to reflect sunlight to help reduce the devastation being caused by the warming temperatures of climate change.

Since the beginning of industrialization in about 1760, human activity has increased the amount of carbon dioxide (CO2) in the atmosphere by as much as 40%, intensifying our planet’s natural greenhouse effect. And as these gases trap more heat, the Earth’s temperatures rises. The good news is, though, that Swiss glaciologist David Volken in a press interview estimated that such glacial blankets may be reducing seasonal melting by as much as 70%. 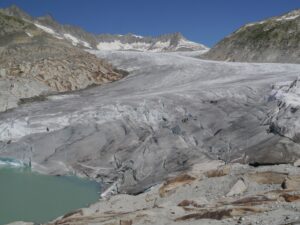 According to various sources, including Zoë Schlanger, an environmental reporter at Quartz, the Rhône Glacier has been shrinking rapidly over the last decade. In 1865, the glacial thickness was approximately 350 meters (over 382 yards), but at present it is losing as much as 4 meters (13 ft) every year. This and other glaciers are not only huge tourist destinations, benefitting local economies, but they also provide the drinking water to a significant percentage of the world’s population. An additional downside of glacial and permafrost melting is that recent studies show certain diseases may resurface, as frozen bacteria are released and rejuvenated.

What can be done? Along with glacial wrapping, other ideas to address this glacial melting problem involve even larger-scale projects. Recent initiatives include supporting glaciers from beneath with artificial mounds built under their base, blowing artificial, reflective snow-like material to cover the ice, as well as using wind-powered pumps to distribute seawater over Arctic ice to thicken it where it is most vulnerable to melting. Such proposals could not only protect the glacier, but could stop further rises in sea levels by preventing the melting ice from entering the ocean.

Even if all of these current and potential endeavors have a positive effect on reversing or slowing the rapid melting of glaciers worldwide, all scientists involved in these projects point out that these are symptomatic treatments of a much bigger problem: global climate change. Without universal agreements and adherence to policies that attempt to reverse the results of climate warming, such initiatives cannot completely combat the inevitable.

As stated by a physicist at Arizona State University, Steven Desch, in the March 12, 2018 edition of Smithsonian magazine: “Even if you have a way of restoring ice in the Arctic, it does not solve the CO2 problem, it doesn’t solve acidification of the oceans, it doesn’t fully decrease temperatures”.

Such innovative measures must be implemented along with international public and corporate policies designed specifically to slow, and hopefully end, damaging human effects on our planet.