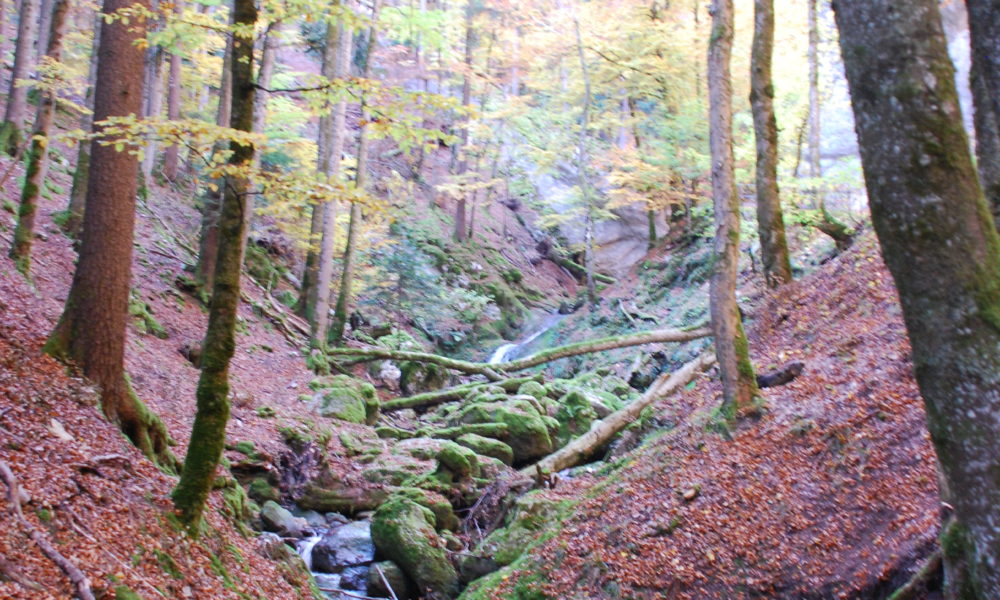 More than 2 billion people in the world do not have access to clean drinking water. And even in developed countries, many people do not think water from the tap is safe. Over half of households in the United States are concerned about the quality of their water supply and only 55% of Europeans drink tap water.

What about using wastewater? 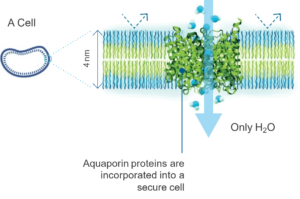 How the filter works // Source: Aquaporin

When it comes to wastewater recovery for drinking water, none of the options sound very appetizing, here on Earth or up in space. On the International Space Station, NASA engineers have found a way to filter and reuse every drop of moisture, from humidity to sweat to urine. But, according to NASA, “the current system is very heavy, has to be replaced every 90 days, and fails to filter out certain contaminants.”

Aquaporin, a Danish company, has developed a new system that uses proteins called aquaporins. “It is essentially the mechanism that allows water to cross the cell membrane of living cells,” says Peter Holme Jensen, the company’s CEO.

“Aquaporin proteins were discovered by Professor Peter Agre in 1992. He was awarded the Nobel Prize for his work in 2003.” 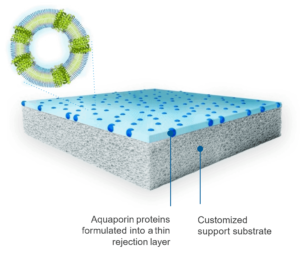 How the filter works // Source: Aquaporin

According to the company’s website, the “technology incorporates aquaporin proteins to replicate nature’s own water filtration process. Specialist water channels, aquaporin proteins exist in the membrane of all living cells. They can be found in every living organism, from plants and animals to human beings, and are essential to all life on Earth.

“Placed within the cell membrane, aquaporin proteins transport water – and only water – in and out of the cell. Billions of years of evolution have made them extremely efficient and highly selective, like a superhighway for water. They are far better than any manmade water filter. One square meter of synthetic manmade membrane can filter around 50 liters of water per hour. One gram of aquaporins can filter 700 liters per second.”

From space back to Earth 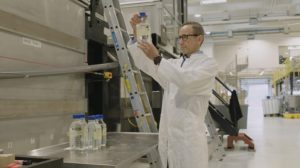 NASA has tested the system in space and is considering using it. At the same time, the technology is also finding uses on Earth.

Aquaporin is working with wastewater companies — including BIOFOS, Denmark’s largest state-owned wastewater utility, and UTB Envirotec in Hungary — to remove micropollutants and microplastics from wastewater, preventing them from flowing into the sea.

The company is also targeting the domestic water purification market by launching a system that fits under the sink in houses and works without electricity. The first market it has identified is European households, then the US, India and China. Its ultimate aim, though, is to create an affordable product for water-stressed regions.