Women Are Building Peace in Africa

Founded in 1996, Femmes Africa Solidarité (FAS) is a women’s empowerm ent organization specifically dedicated to peacebuilding in communities in Africa. It fosters and supports women’s initiatives in the resolution of conflicts in Africa and the respect of women’s rights. It also strengthens women’s leadership capacity to help them restore and maintain peace in their countries. Going further, it does policy work around peace and human security, and advocates for African women’s rights at all levels of government.

Bineta Diop is the organization’s founder. She is also the African Union’s Special Envoy for Women, Peace and Security. She was recently highlighted by CNN’s flagship Africa Voices. “Diop has been leading women-led peace building in the most fragile regions of Africa, including countries like the Democratic Republic of Congo, Somalia, Sudan and the Central African Republic. She says her mission to promote gender equality on the continent is worth the risk,” writes CNN.

FAS starts with mobilizing women in a community. Then it mediates among the different political parties that are in conflict, through the women. Lastly it monitors elections “to say let’s get the result from the ballot, not the bullet,” she told CNN.

“We look at peace and security like a male-dominated structure and we say we need to dismantle it. Dismantle it and bring women’s voices and their contributions. I always say military knows how to wage war but women also know how to wage the war to bring peace without guns,” Diop told CNN. 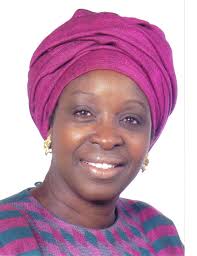 And the FAS strategy is working, slowly but surely. There are more and more women heads of state in Africa, as well as ministers, and other government officials. As things continue to move forward, the focus needs to be expanded to include the breaking of the glass ceiling in economics, she says. “But we still have few women billionaires. We have millionaires but few billionaires. We are getting there. Africa is moving, the gender evolution is there. It’s coming but we need to double our efforts.”