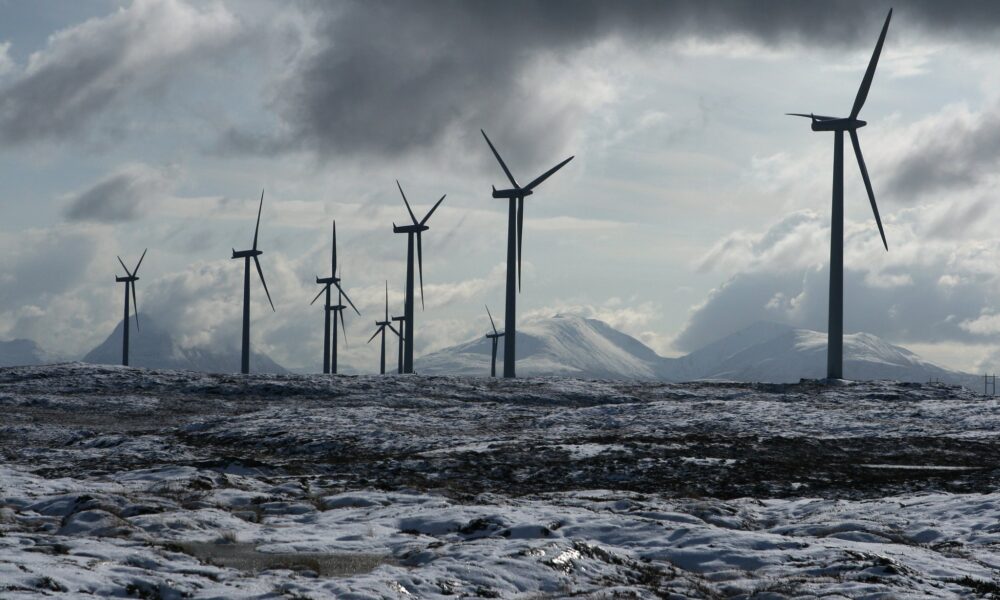 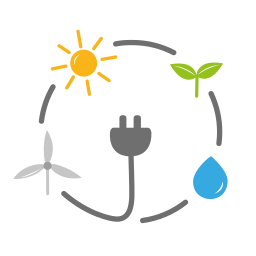 Countries in the European Union in 2020 produced more energy using renewable sources than using traditional fossil fuels, according to an annual report from Ember and Agora Energiewende.

These two organizations started tracking the EU power sector in 2015, finding year-on-year gains from the start: renewables accounted for 38% of electricity delivered in 2020, while traditional fuel sources accounted for 37%.

Where the gains come from

The lion’s share of the gains, accounting for 20% of electricity generation in the EU, comes from wind (9%) and solar (15%) power, both of which have doubled since 2015. Coal declined by 20% last year, to only 13% of total energy generated, making the sector 29% cleaner since 2015. For its part, natural gas use fell by only 4% due to strong carbon prices maintaining its competitiveness compared to coal. 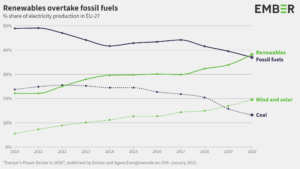 “This is an important milestone in Europe’s clean energy transition. At a country level, Germany and Spain (and separately the UK) also achieved this milestone for the first time,” says the report. It also notes that the “transition from coal to clean is, however, still too slow for reaching 55% greenhouse gas reductions by 2030 and climate neutrality by 2050.”

“Rapid growth in wind and solar has forced coal into decline, but this is just the beginning,” said Dave Jones, senior electricity analyst at Ember and lead author of the report, in a statement. “Europe is relying on wind and solar to ensure not only coal is phased out by 2030, but also to phase out gas generation, replace closing nuclear power plants, and to meet rising electricity demand from electric cars, heat pumps and electrolysers.”

These results also piggyback on the fact that demand for electricity in Europe in 2020 decreased by 20% due to COVID-19 lockdowns across the continent. Yet the report notes that this had no effect on growth in renewable sources of energy. 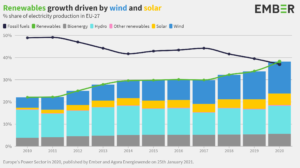 Renewables’ growth driven by wind and solar. Source: Agora Energiewende and Ember (2021): The European Power Sector in 2020: Up-to-Date Analysis on the Electricity Transition

The milestone follows the launch of the EU’s 2030 Climate Target Plan, which aims to slash greenhouse gas emissions by 55% from 1990 levels by 2030, setting Europe on the path to climate neutrality by 2050.