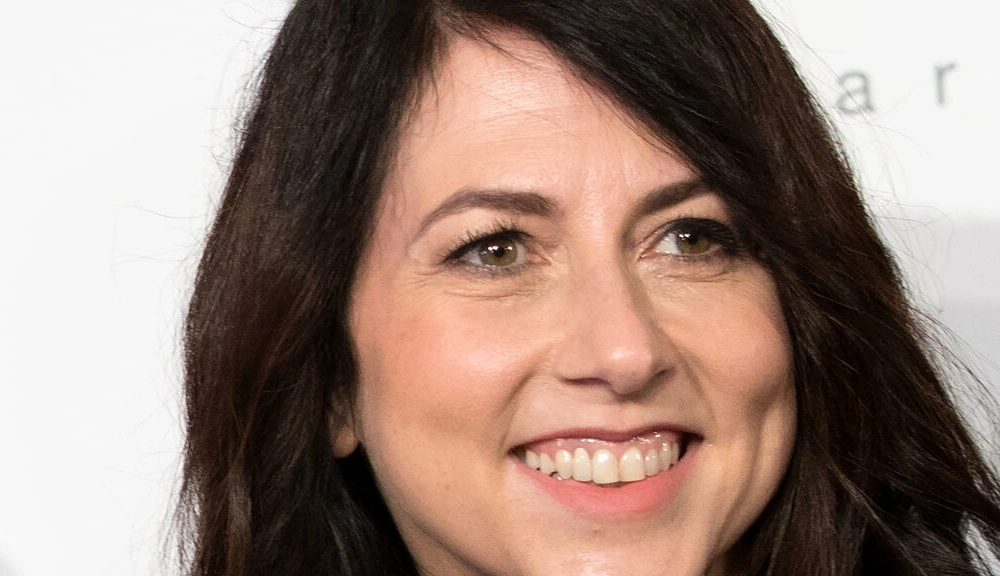 MacKenzie Scott: A Wealthy Woman with a Whole World View

MacKenzie Scott is one of the richest women in the world, according to the Bloomberg Billionaire Index. Scott married Jeff Bezos in 1993, helped him build Amazon, and co-found the company in 1994. The couple divorced in 2019. In September 2020, she was considered the world’s richest woman when her net worth was about $62 billion, after she gained millions of shares of Amazon stock as part of the divorce settlement.

That amount of money turns lots of heads, but what will attract even greater attention is what Scott is doing with that wealth. In December 2020, Bloomberg reported that “Mackenzie Scott is giving away her fortune at an unprecedented pace, donating more than $4 billion in four months after announcing $1.7 billion in gifts in July.”

Indeed, MacKenzie Scott has pledged to give away the bulk of her fortune. She committed to donating to educational, community, and other non-profit organizations. “The result was $2,739,000,000 in gifts to 286 high-impact organizations, in categories and communities that have been historically underfunded and overlooked,” according to Scott in a blog posting on the open Medium platform on June 15, 2021. That announcement marked the third round of big donations from Scott, whose team of advisers has been instructed to direct her philanthropy to causes that address growing inequalities and charities that other donors have overlooked.

Scott became a committed signatory to the Giving Pledge initiative in 2019. Started by Bill and Melinda Gates and Warren Buffett in 2010, this campaign encourages the richest people to donate most of their wealth to charity. Since her pledge, Scott has given billions to non-profits that place emphasis on race, gender or economic equality, marginalized groups, LGBTQ rights, public health, and climate change, among many other causes.

To better understand Scott’s frame of mind, in her June 15 post last year on Medium, she wrote: “I want to de-emphasize privileged voices and cede focus to others, yet I know some media stories will focus on wealth. The headline I would wish for this post is ‘286 Teams Empowering Voices the World Needs to Hear.’ People struggling against inequities deserve center stage in stories about change they are creating.”

She added that she and her team “are all attempting to give away a fortune that was enabled by systems in need of change. In this effort, we are governed by a humbling belief that it would be better if disproportionate wealth were not concentrated in a small number of hands, and that the solutions are best designed and implemented by others.”

At the end of March 2022, Scott had donated more than $12 billion to 1,257 non-profit organizations. Her unrestricted grants have gone to a wide range of organizations in education, the arts, social action, child advocacy, and other causes, including Habitat for Humanity, Planned Parenthood, Migrant Clinicians Network, and the Wounded Warrior Project, as well as Amarillo College in Texas, the Apollo Theater in New York, the Children’s Defense Fund, Decolonizing Wealth Project, Filantropia Puerto Rico, Inner-City Muslim Action Network, Jazz at Lincoln Center, PEN America Writers’ Emergency Fund and Ubuntu Pathways, to name just a few. She has also given $10 million to the refugee protection organization HIAS, funds that will go toward humanitarian relief for Ukrainian refugees and their resettlement in European countries.

All of MacKenzie Scott’s gifts are given with no strings attached. She explained this decision in her June 15 post on Medium: “Because we believe that teams with experience on the front lines of challenges will know best how to put the money to good use, we encouraged them to spend it however they choose. Many reported that this trust significantly increased the impact of the gift. … It empowers receivers by making them feel valued and by unlocking their best solutions.”