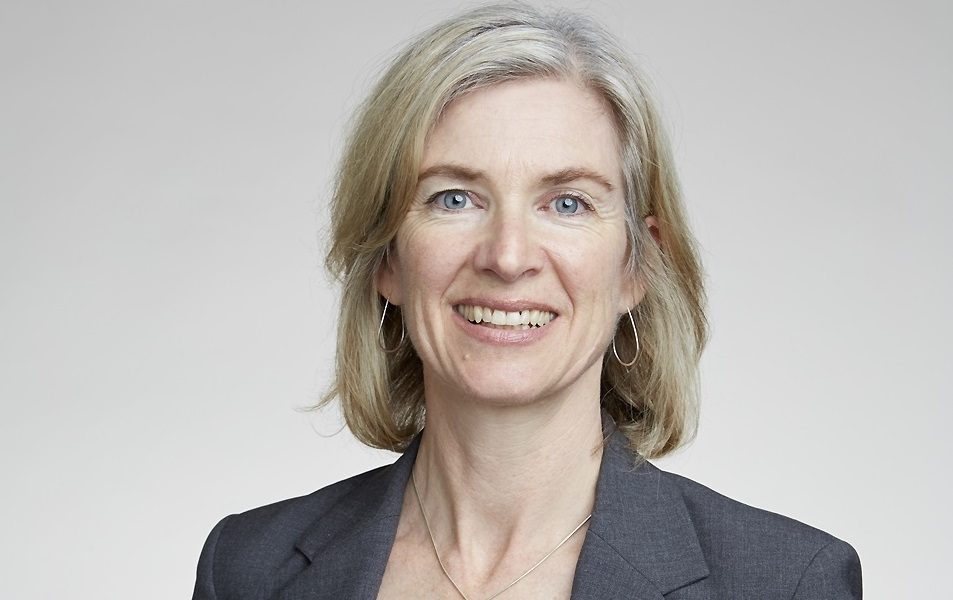 Jennifer Doudna: Gene Editing and the Potential to Cure or Prevent Diseases

Made up of sections of DNA, genes control the life processes of organisms, according to Nobelprize.org In 2012, American biochemist Jennifer Doudna along with French microbiologist Emmanuelle Charpentier developed “a methodology for high precision changes to genes. They used the immune defenses of bacteria, which disable viruses by cutting their DNA up with a type of genetic scissors. By extracting and simplifying the gene scissors’ molecular components, they were able to make a tool that could be used to cut any DNA molecule at a predetermined site. The CRISPR/Cas9 gene scissors can lead to new scientific discoveries, better crops and new weapons in the fight against cancer and genetic diseases.” This tool drastically reduces the time, work and costs needed to edit the genome, an organism’s complete set of genetic instructions.

Therein lies the innovation. According to a 2015 article in EMBO Reports, “CRISPRs were first identified in the 1980s, but it is only during the past few years that scientists realized their potential to edit the genomes of any organism, from microorganisms to plants to human cells and, most controversially, human embryos.” The article states that biologists have been using technologies to edit genomes “for some time. However, those technologies are expensive, technically challenging, and time-consuming, as they require protein engineering to target specific DNA sequences. CRISPR/Cas, in contrast, recognizes its target sequence via guide RNA molecules that can be cheaply and easily synthesized. A standard molecular biology laboratory can now edit genes or whole genomes of many organisms, as CRISPR/Cas does not require sophisticated knowledge or expensive equipment.”

So scientists have been using genome editing technologies since the late 1980s to make changes to DNA, which can lead to alterations in physical traits, like eye color and disease risk. The CRISPR editing tool makes it easier than ever to edit DNA.

According to the educational platform WhatIsBiotechnology, Doudna initially became known for her work “uncovering the basic structure and function of the first ribozyme, a type of catalytic ribonucleic acid (RNA) that helps catalyse chemical reactions. This work helped lay the foundation for her later helping to pioneer CRISPR-Cas9” (CRISPR-Cas9 stands for “clustered regularly interspaced short palindromic repeats and CRISPR-associated protein 9”).

The Broad institute of MIT and Harvard explains that editing the genome at precise locations allows researchers to “permanently modify genes in living cells and organisms and, in the future, may make it possible to correct mutations at precise locations in the human genome in order to treat genetic causes of disease.”

CRISPR-Cas9 edits genes by cutting DNA in specific places and then allows natural DNA repair processes to take over. It is in fact an adaptation from a naturally occurring genome editing system that bacteria use as an immune defense.

Doudna’s research led her to look for a new tool for gene editing, involving an RNA mechanism that bacteria use as protection from viral infection. By searching for clues on how RNA molecules in humans regulated genes and the pathways of RNA interference, she looked for evidence that bacteria have an immune system that remembers previous diseases, enabling it to defend against future attacks. 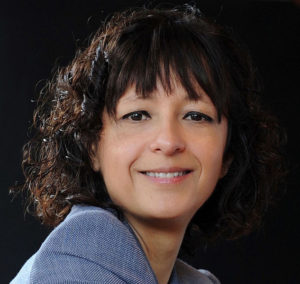 In March 2011, Doudna met microbiologist and geneticist Emmanuelle Charpentier, and they decided to form a partnership to further this work. A number of other researchers joined the effort, and together they proved the CRISPR defense mechanism used bacteria that could be re-engineered to edit genes in various cells from different organisms. They demonstrated it was both easier and faster than previous methods of gene editing, such as Zinc-finger nucleases (ZFNs) and transcription activator-like effector nucleases (TALENs). The team published their research findings in academic journal Science. Subsequently, both Doudna and Charpentier’s team and other scientists showed that the technique could be used in human cells.

The CRISPR-Cas9 technique was used for the first time in humans in 2016 when genes edited to attack aggressive lung cancer were injected into a patient in China to “home in on the cancer and wipe it out.” Other cancer patients were later enrolled in the trial. The treatment showed initial signs of being safe although, for these first patients, “the outcomes were modest … The best response was seen in a 55-year-old woman whose tumour mass initially shrank, and her disease remained stable for almost 75 weeks before finally progressing.” Clearly, more research is needed.

Despite the good news surrounding this discovery and its “considerable promise in a wide variety of disease contexts,” it poses important ethical questions about its safe use in human embryos. Gene therapy could target egg and sperm cells (germ cells), which would allow the genetic changes to be passed on to future generations. This germline gene therapy could be beneficial by keeping future generations in a family from having a particular disorder, but the consequences to the fetus and its development are unknown, as are the potential long-term side effects. In addition, the editing can cause unintended consequences, such as the loss of a chromosome (a long DNA molecule in each cell with part or all of the genetic material of an organism) or parts of it.

Fully aware of these issues, Doudna spearheaded a 2015 effort to impose a temporary worldwide moratorium on the clinical use of the technique in human embryos. Federal law forbids the creation of “gene-edited babies” in around 30 countries including the United States, but other countries do not have similar bans. The pros and cons of gene editing in human embryos continue to be debated.

Among her numerous awards, Doudna received the Nobel Prize in Chemistry 2020 jointly with Charpentier for the development of the CRISPR-Cas9 gene-editing technology.