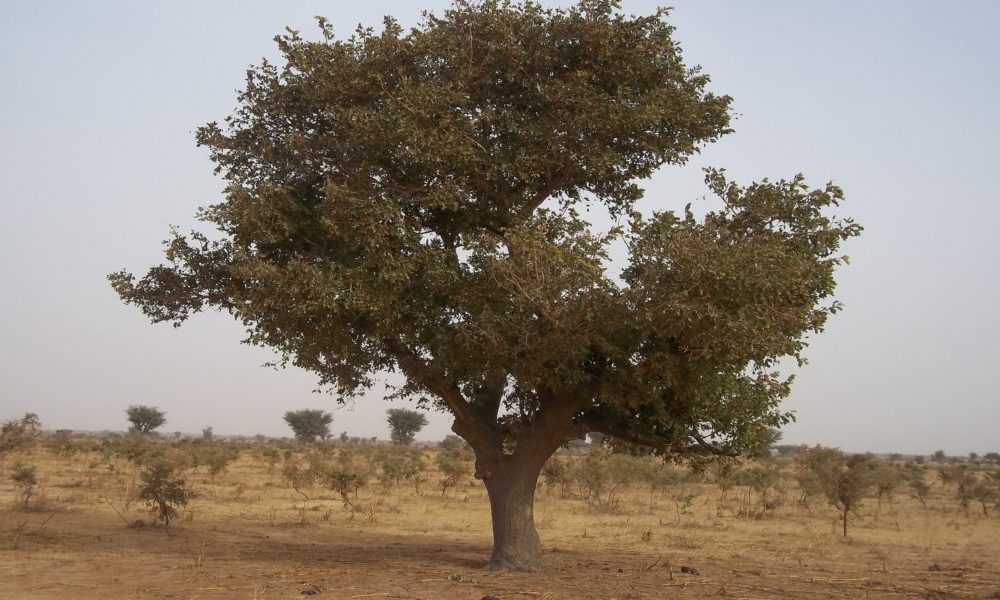 Improving the Livelihoods of Millions of People

Farmer-Managed Natural Regeneration: How Drylands Can Be Greened

What can double crop yields and provide building timber and firewood, fodder, and shade for livestock, as well as wild foods for nutrition and medication? And what at the same time can increase incomes and living standards for farming families and their communities, while leading to more complex, productive, and drought-resilient farming systems?

How does it work? The FMNR website explains it this way: “When trees are cut down and land is burned, the soil loses fertility and its ability to sustain life, leading to erosion, droughts, flooding, and a loss of biodiversity. But just under eroded, barren land, is an immense underground forest, ready to regenerate into a productive ecosystem. FMNR teaches communities how the simple act of pruning can release the untapped energy of deep underground root systems, rapidly turning short shrubs and stumps into mature trees in a matter of years, transforming the world around them.”

An underground forest? Yes. It’s described by the Global EverGreening Alliance thus: “Beneath the soil on many farm landscapes lies a rich expanse of living tree stumps, tree roots, and tree seeds. Given a chance, by stopping burning (which destroys the regrowth), the harvesting of ‘suckers’ (stems or re-growth from tree stumps and roots or from sprouted seeds in the soil), and the continuous grazing by livestock, farmers can quickly and very cheaply regenerate a desirable density of useful, working trees on their farms.”

1. Use existing resources
Often the tree is already there, but it is underground and simply needs a chance to get established. So FMNR does not depend on tree planting.

2. Prune and thin
Selective pruning and thinning of this regrowth is beneficial for the growth and the form (shape) of the trees. Correct pruning stimulates rapid growth and results in the development of taller, straighter, more useful tree trunks.

3. Engage the community
Individual and community engagement requires agreement on a set of rules developed by the farmers themselves. The engagement is facilitated by “enabling policies, such as ‘the right for individuals and communities to benefit from their work’ through the legal harvest of the trees and tree products (fruit, honey, medicines).”

Applying this low-cost and very effective technique to much larger areas, something amazing happens:

According to the website, “Everything is connected, all the tangible outcomes benefit not just the environment, but the communities that depend on it for their survival. Families can put more food on the table, earn and save more income, build better houses, and send their children to school, helping to break the cycle of poverty. Natural regeneration is a catalyst for sustainable development that leads to a brighter future for future generations.”

The Farmer-Managed Natural Regeneration technique was pioneered by Australian agronomists Tony and Liz Rinaudo, who discovered that it is possible to grow trees from existing root systems that are often still intact in what Tony Rinaudo calls the “underground forest.” When the Rinaudos planted trees at the edge of the Sahara in 1981, they realized the futility of their efforts as few trees survived and those that did were cut down. When exploring how to restore degraded landscape without planting trees, Tony identified and researched this system of land management, which has since revolutionized reforestation across Africa and beyond. In Niger alone, local farmers embracing FMNR have rehabilitated over 5 million hectares of ruined land and doubled their crop yields and income.

To recap, the FMNR website states that Farmer-Managed Natural Regeneration is a “low-cost land restoration technique used to combat poverty and hunger amongst poor subsistence farmers by increasing food and timber production and resilience to climate extremes. … It involves the systematic regrowth and management of trees and shrubs from felled tree stumps, sprouting root systems or seeds. The regrown trees and shrubs … help restore soil structure and fertility, inhibit erosion and soil moisture evaporation, rehabilitate springs and the water table, and increase biodiversity.”

Tony Rinaudo has received numerous prizes for his work. He was honored with the Right Livelihood Award in 2018 “for demonstrating on a large scale how drylands can be greened at minimal cost, improving the livelihoods of millions of people.” The Right Livelihood Award, established in 1980, recognizes and supports people “offering practical and exemplary answers to the most urgent challenges facing us today.” Known as the “Alternative Nobel Prize,” it has been awarded to 137 laureates from 58 countries. 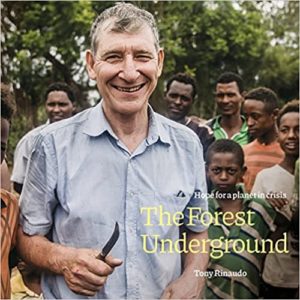 The Forest Underground: Hope for a Planet in Crisis by Tony Rinaudo (Iscast, April 30, 2022)