Mark Pollock: Encouraging a Healthy Disregard for the Impossible 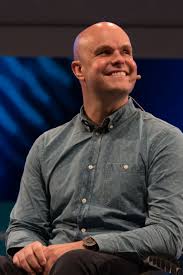 Mark Pollock is blind and paralysed and testing robotic legs as part of his mission to find a cure for paralysis. He is using his personal experience of a devastating spinal cord injury to spur change around the world.

What is Mark’s story? At the age of 22 he became blind. Yet this did not deter him from competing in endurance races across deserts, on mountains and in polar regions. Then in 2010, Mark fell from a second-story window; he broke his back and fractured his skull. Only in his mid-30s, he was left paralysed from the waist down.

According to the biography on Mark Pollock’s website, due to this tragedy “he is exploring the frontiers of spinal cord injury recovery through aggressive physical therapy and robotic technology.”

Mark is helping a team of scientists at UCLA experiment new technology that allows victims of paralysis to walk. He is testing a “robotic exoskeleton” device, a battery-powered wearable bionic suit that enables leg movement in a step-like fashion. In addition to this device, he is using a new spinal stimulation technique that does not involve surgery, called transcutaneous spinal cord stimulation.

The new technology is able to capture data that tells the researchers how much Mark is moving his own limbs and how much he is being aided by the device.

As reported by UCLA in an article by Stuart Wolpert in September 2015, “The data showed that Pollock was actively flexing his left knee and raising his left leg and that during and after the electrical stimulation, he was able to voluntarily assist the robot during stepping; it wasn’t just the robotic device doing the work.” 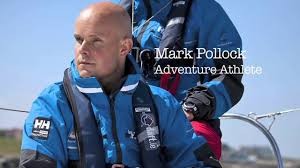 According to the research published by the IEEE Engineering in Medicine and Biology Society: “Based on the data from this case study it appears that there is considerable potential for positive synergistic effects after complete paralysis by combining the overground stepping in an exoskeleton, a novel transcutaneous spinal cord stimulation paradigm, and daily training.”

This medical technology along with other designs and developments in the field are helping to restore movement in people with paralysis. Although it may take some time before the new applications are available to the millions of individuals worldwide who live with some form of paralysis, the doctors in this UCLA team now believe that “it is possible to significantly improve quality of life for patients with severe spinal cord injuries, and to help them recover multiple body functions.”

Mark is the author of Making It Happen. Also check out the Mark Pollock Trust, whose contributors “believe that the cure for spinal cord injury simply requires enough of the right people with the will to make it happen. It is our mission to find and connect those people worldwide to fast track a cure for paralysis.”

Currently the trust is campaigning to raise €5,000,000 by 2020 for the cause. Events on Wednesday November 16, 2016 provide one active way of contributing. Participate in Run In The Dark, 5- and 10-km runs happening in over 50 cities worldwide “to fast-track a cure for paralysis”.