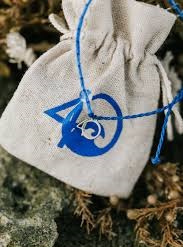 How You Can Remove One Pound of Trash from the Ocean

It’s a simple concept. 4Ocean is doing a phenomenal job cleaning up the oceans using funds from the sale of its 4Ocean bracelets.

4Ocean is also inspiring people to “work together for cleaner oceans, one pound at a time … We employ captains and cleanup crews from Florida to Bali that are cleaning our oceans and coastlines seven days a week. In addition, we host beach cleanups, offshore cleanups and worldwide cleanups to make the greatest impact.”

This short video tells the story:

It’s easy. Donate to a good cause by buying the 4Ocean bracelet, which equals one pound (~500 g) of trash pulled from the ocean.