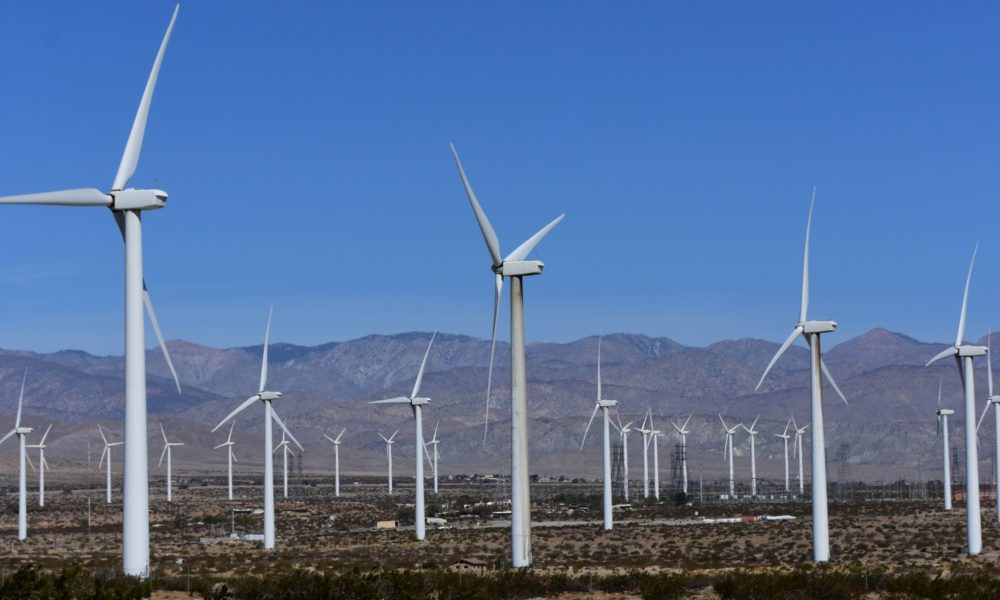 Although wind energy production has mainly focused on wind turbines, they still present issues to do with noise generation, animal and bird migratory interference, maintenance, costs, and lack of infrastructure. But innovation has moved so quickly that the advantages of wind power have fomented unique, promising strategies for this clean energy.

According to Energy.gov, the US Wind Energy Technologies Office (WETO), wind energy costs have dropped from US$ 55 per kilowatt-hour (kWh) in 1980 to under US$.03 kWh today. But to ensure industry growth, wind technology must evolve to increase capacity while further reducing costs. 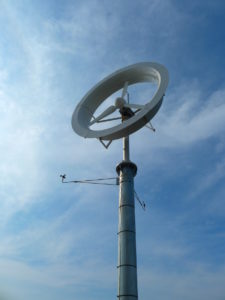 Treehugger.com recently summarized several technologies, including wind turbine lenses, which are ring structures with a brim that surround the wind turbine, speeding up the air while protecting the blades. Tests in Japan claim adding lenses to blades can triple wind turbine efficiency. Testing is underway to prove the efficacy of this unique turbine modification.

Dutch company Ecofys is another innovator pushing a project that combines multipurpose offshore turbines with seaweed farms. The company believes growing seaweed around offshore turbines will produce fish and animal feed, biofuels and energy, all in an environmentally efficient manner.

But there are other effective technologies than the giant three-bladed turbines, including “windstalks”, hollow poles containing ceramic “piezoelectric” disks and electrodes. As wind sways each pole, the stacks of these disks compress and generate power by using electrodes. This demonstrates that low wind speeds can generate usable power.

Also taking advantage of lower wind currents, technologies such as the “wind harvester” is another answer. Treehugger.com reports this unique unit uses reciprocating motion (like the movement of leaves in a breeze) converted from horizontal airfoils. This design generates electricity at low wind speeds and is virtually silent, making it suitable for local populations where noise is an issue. And although it efficiently operates in low wind conditions, it can also produce electricity from high wind speeds like traditional turbines. Reducing noise has also brought about the concept of vertical axis turbines like “Windspire”, a unit only 10 meters (about 33 feet) high, conceived to satisfy most city environmental regulations. Importantly, sound levels generated have proven to be practically inaudible to humans.

Another idea for bladeless wind generation comes from the Spanish company Vortex Bladeless (VB). According to Forbes magazine, “[VB] wants to completely change the way we get energy from the wind. Think wind stick instead of a massive tower with blades that capture blowing winds.” VB’s units exploit the vortices (whirling masses of air) produced as wind moves around an obstacle. Wind eddies that create undulating vortices have famously destroyed bridges catastrophically. But by proving vortices can generate electricity, this design has been approved by Norway’s state energy company, Equinor. 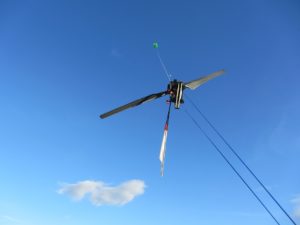 The Kiwee One: an airborne wind turbine. Photo by Olivierabristol – Own work, CC BY-SA 4.0

But some of the most innovative wind generation ideas of all are airborne wind turbines (AWTs), wind energy technology that is supported in the air without a tower and attached to the ground by a tether. According to the US company formerly known as Makani (acquired by Google in 2013), AWTs can access the more constant, stronger winds found above 300 meters (about 984 feet). The company claims large countries like the USA could benefit from AWTs by as much as 85%, since traditional wind turbines presently contribute less than 10% of total electricity to the existing power grid, according to the Energy Information Administration. Such AWTs can also be used offshore, greatly enhancing a coastal country’s electrical generation capacity. Other companies, like Germany’s SkySails Power, are also using large kites flown at altitudes of over 400 meters (1,312 feet). These generate electricity by pulling on ropes tethered to a ground generator. According to their chief executive, while the design now generates about 200 kilowatts, a planned partnership with German energy firm RWE could increase that output to megawatts. Additionally, Greentech Media reports another airborne wind energy player, Dutch developer Kitepower, has introduced Falcon, a 100-kW output airborne wind platform that can capture winds at altitudes of 800 meters (2,625 feet).

In a unique approach, the UK company, Alpha 311, has manufactured a small vertical wind turbine that generates electricity without natural winds. The 2-meter (6.5-foot) tall, recycled plastic turbines are mounted on streetlamps to generate electricity using air movement from passing cars. Independent research found that each turbine generates enough electricity to power both the streetlamp and contribute to the energy grid.

With all of these innovative and encouraging designs, wind power is poised to offer environment and economic benefits for everyone.