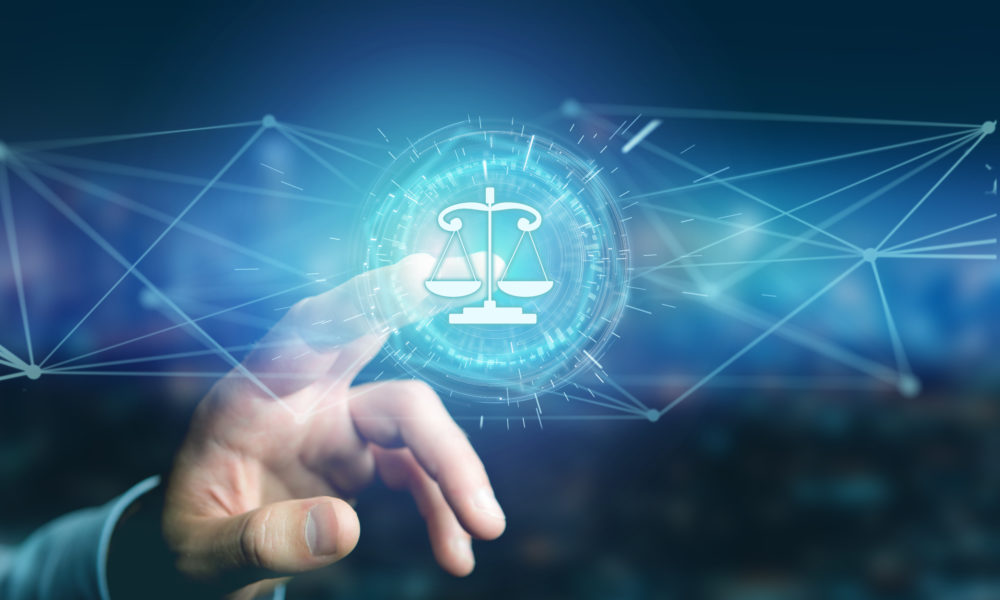 Digital Integrity: Increasing Privacy on the Internet with Blockchain

Without a doubt, the social and economic benefits of the internet are immense, providing continuous access to information, generating new ways of learning, promoting new forms of entertainment, facilitating new contacts and offering the convenience of shopping from home, among them. Despite these clear advantages, though, come certain challenges. One major issue is the ability to violate people’s right to privacy.

This infringement is explained by the fact that, as described by Privacy International, “almost every act online is an act of expression. Participating in an online chat, networking with friends and colleagues, and surfing websites and reading news, downloading files – these are all acts of imparting or accessing information. In online interactivity … each of these acts also generates transactional information, and can be monitored by unintended parties. In turn, nearly every act of expression is now observable to communications providers, and in turn, the State.” This situation encroaches on people’s privacy as they often have no knowledge that their actions online might be observed or monitored, and they have not consented to the use of the information (the “digital footprint”) they leave behind.

Much of the information recorded from online interactions and transactions can be exploited for power and sold for profit. And internet users are still often required to provide personal details to use certain services provided by Google, Microsoft, or Amazon. These distinctive details form an image of the person, their interests, activities, beliefs, and routines. It can then be used by companies for marketing purposes, as well as by hackers and cybercriminals to steal someone’s identity or money, or threaten violence or the release of private information.

So, is there a way to ensure individuals’ freedom to express themselves, and to guarantee their right to maintain a private life and safeguard their private data despite using the internet? 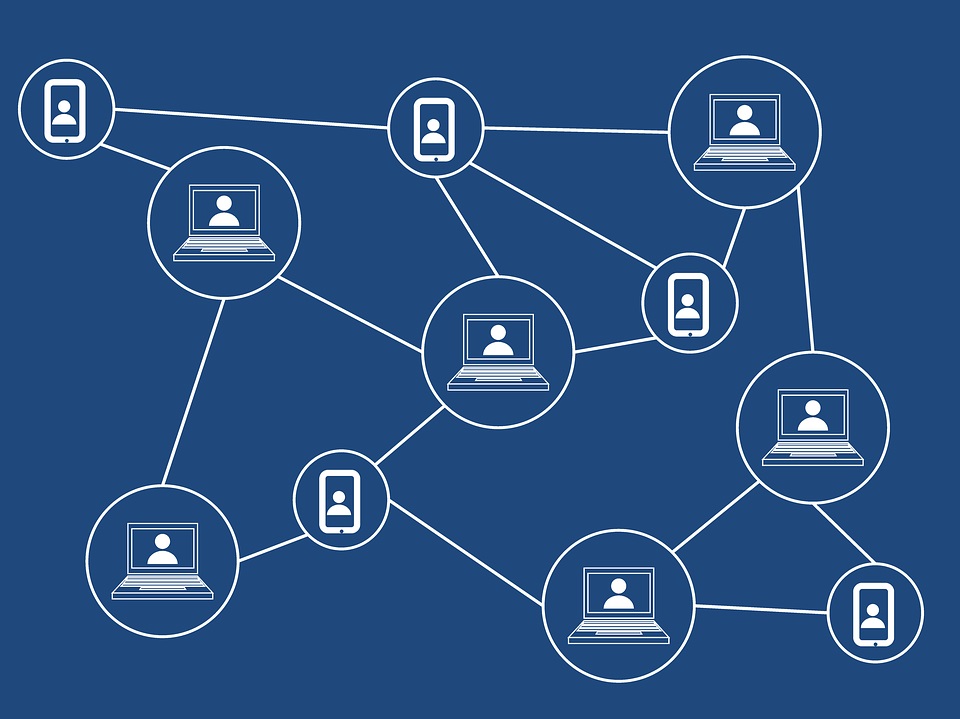 Enter blockchain, described as “a digital ledger of transactions maintained by a network of computers in a way that makes it difficult to hack or alter; the technology offers a secure way for individuals to deal directly with each other, without an intermediary like a government, bank or other third party.” In simple terms, it’s “a shared database populated with entries that have been verified and encrypted. In other words, the blockchain is a shared transaction log with a non-editable history and built-in security.” Based on blockchain technology, a new iteration of the World Wide Web, the world’s dominant software platform, is envisioned, named Web3. It would use advanced authorization techniques and encryption to protect user data, so that everyone owns their identity online and reveals only the parts of it they wish to disclose. But is this possible despite the pervasive nature of the internet?

The average person consumes content online on a daily basis. Statistics show that in 2021, the average time internet users worldwide spent online was almost 200 minutes (over 3.3 hours) per day. Consequently, interactions have radically evolved, with people’s attention grabbed by myriad types of digital content, such as blogs, videos, podcasts, social media, infographics, e-books, to name a few. Like fast food, fast information exists. It aims to keep our minds busy and more receptive to online advertisements. However, as human attention over the course of a day is limited in terms of both capacity and duration, attention has become a scarce resource that big web companies are now fighting for.

Human attention is key to efficient marketing; it makes each person a potential customer all the time. The individual even becomes a product, attractive to advertisers, through their activity. Each internet user’s digital footprint, collected by businesses, can be used to reach them through targeted ads, which helps improve company sales. But at what cost?

One of the central pillars of the digital economy is the personal data business. Each piece of information about anyone can be turned into “digital gold” for those who hold it, and provides real opportunity for those who wish to use it for financial gain. Meanwhile, internet users can lose control over the data that results from their activity. Each user’s empowerment ends the moment the data is revealed.

The absence of any right to see and decide what happens to the collected data highlights a certain ambiguity regarding anonymity on the Web. Human privacy in the real world does exist and is considered an essential value and right. However, this right is not yet respected or generally promoted on the internet. Ongoing digitalization – the conversion of text, pictures, or sound into a digital form that can be processed by a computer – is becoming the infrastructure on which our digital society relies, to such an extent that we cannot do without it. But it isn’t easy to apply equitable rules to its adoption while upholding everyone’s fundamental right to privacy.

The problem lies essentially in the manipulation and use of personal data. A very opaque veil separates the user from the data stream. People don’t know how or why their data flows, where it goes, or for what purposes it will be used. In contrast, companies know who their individual customers are, where they are, what they do and want. The consumers can only simply hope that their data will be kept safe and secure.

Individuals evolving in this context must, for their own good, remain vigilant in order not to become a product of the system, simply a cog in the engine of business or a customer to target. Freedom is volatile and very fragile; ensuring its protection to the highest degree should be a priority. This starts with staying informed, keeping abreast of the latest technology, and interacting with existing solutions to preserve it.

So how can the loss of control over one’s data and privacy be prevented? The development of the internet has brought with it the emergence of such new technologies as blockchain and, with them, the idea of Web3. Web3 is “an internet that does not require [people] to hand over personal information to companies like Facebook and Google in order to use their services,” according to computer magazine PCMag. It’s a decentralized internet that leverages technologies to improve the common good and, in that sense, it provides an alternative to the current issue of the lack of privacy and data ownership question. With Web3, everyone owns the system and is not a product of the system.

After Web1, the initial World Wide Web, on most of today’s Web2 platforms like Facebook and Twitter that emphasize user-generated content, the identity a person builds stays on that platform behind the walled gardens of a server, benefiting business. Unlike that, Web3 allows a person to protect their assets, data, and identity as they browse the internet using protocols (“rules or standards written for governing particular tasks or activities”) like Ethereum Name Service (ENS). ENS is “a name and lookup service” and “a nickname generator for public Ethereum addresses” that have a complicated string of 42 characters. An individual’s generated short nickname (for instance, “Joan.eth”) becomes their Web3 username, connecting all their addresses and websites under that name. To protect user identity and data, Web3 is contingent on a secure digital identity to verify transactions.

Web3, built using decentralized blockchains, involves not only technology but is an ideology that aims to restore individual sovereignty, addressing the need for digital integrity.

The advent of digital technology and our dependence on it will only increase in the coming decades. Therefore, the issue of how much of a person’s personal, financial, and browsing data remains private when they are online must be made a priority. The advantages, according to IBM, are that:

“Blockchain increases trust, security, transparency, and the traceability of data shared across a business network — and delivers cost savings with new efficiencies.”

“Blockchain for business uses a shared and immutable ledger that can only be accessed by members with permission. Network members control what information each organization or member may see, and what actions each can take. Blockchain is sometimes called a ‘trustless’ network — not because business partners don’t trust each other, but because they don’t have to.”