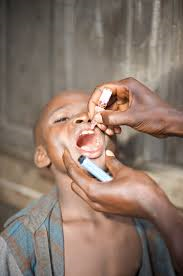 “11 August 2015 marks 1 year since the last wild polio case was detected on the entire African continent. A polio-free Africa would leave only 2 countries where polio transmission has never been interrupted: Pakistan and Afghanistan.”

That’s the great news from the World Health Organization in its update: Africa advances toward a polio-free continent.

On 12 January 2012, the WHO announced that India had seemingly interrupted wild poliovirus transmission, as one year had gone by without polio since the last case was reported there in a 2-year-old in the state of West Bengal. In March 2012, when the results were confirmed, The Good Times rejoiced at the news. Being polio free in India was a major milestone in the global fight to eradicate polio as the country was once the world’s epicentre of that infectious disease.

Then on 27 March 2014, the world region that counts one-fourth of the population, South-East Asia, was certified as free of polio. That progress meant that 80% of people now lived in certified polio-free regions.

Currently, in the Horn of Africa, according to the WHO the last case of polio in central Somalia was detected on 11 August 2014. Nigeria, one of the three last endemic countries worldwide, marked one year without a case of wild polio on 24 July 2015. A recent assessment showed the interruption of transmission in Kenya and Ethiopia. But the WHO’s outbreak response activities are continuing throughout the country, to confirm and react quickly in case polio is found.