The United Nations climate negotiations in Lima, Peru, ran over by two days this week due to the refusal of developing countries to accept the position of developed countries on what their contribution should be to cutting emissions and who is going to pay. But in the end, a deal, albeit one that appears weak, has been struck. 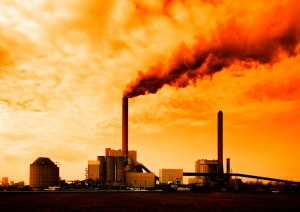 But the deal is not really weak in the most important sense. Yes, countries have until December of next year (2015) to put forth their national frameworks to combat climate change, adding yet another year to the already fraught state the world is in; yes, negotiators put off discussions on other issues that could significantly impact climate change; and yes, environmental groups are already clamoring that what was agreed to is basically too little, too late. Yet these talks have been going on for decades, and this is the closest the world has come to getting some kind of consensus in a long time. And it keeps the hope alive that the meeting in Paris in December of next year will result in a global agreement.

This is important because it means that those countries that would try to duck and hide, avoid their responsibilities, will not be able to. Christian Downie, writing for The Drum in Australia in his article “The real achievement of the Peru climate talks”, says it most succinctly: “International negotiations alone won’t change the course, but if combined with domestic actions they just might. What countries like the US and China do domestically will have a much greater impact on future reductions in greenhouse gas emissions than any announcement in Lima … Every time countries reaffirm their desire to address the problem it tightens the hold on those who want to do nothing.”

Sometimes a little peer pressure can go a long way; and this time, it might just be good news for the planet.