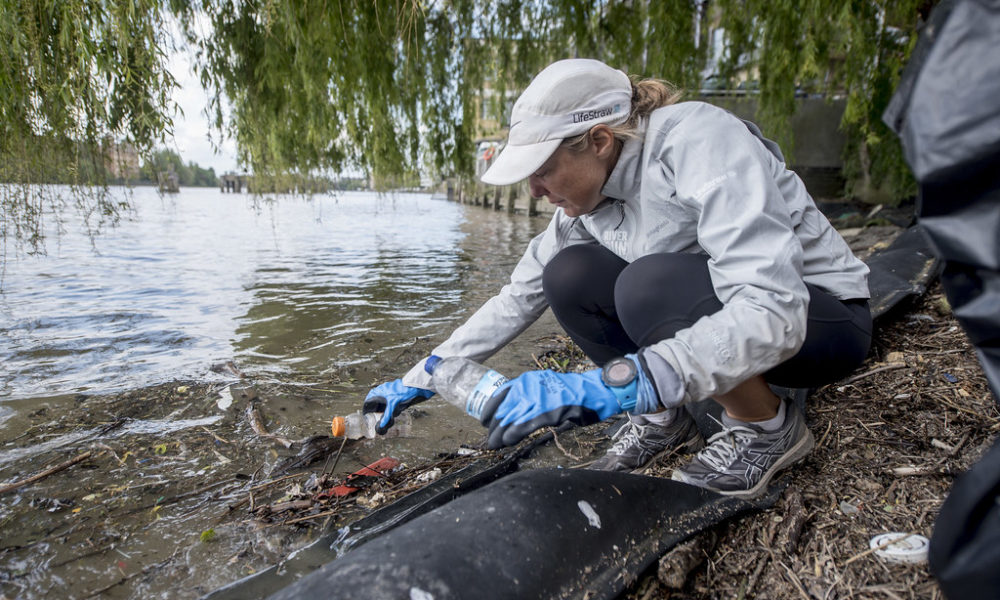 Australian businesswoman and marathoner Mina Guli is on another mission. The Good Times already featured her incredible accomplishments in 2016 as the Wonder Woman for Water. She is addressing the world’s water crisis through her non-profit, Thirst Foundation, and to bring attention to this issue, on LinkedIn she attests to having “run 100s of marathons on every continent of the planet including Antarctica, leveraging the power of the media to connect us to the water crisis, and building a global movement of passionate water advocates in over 190 countries around the world.”

Mina is currently leading the bold RUN BLUE campaign, which “inspires companies and connects people to take meaningful action on water in the lead-up to the first global United Nations (UN) water conference in almost 50 years on World Water Day, 22 March 2023, in New York.” The campaign’s formidable stated goal: To create at least 200 million water-aware people in 200 countries and territories with a minimum of 200 companies committing to taking meaningful action on water.

Mina’s personal commitment? She will run 200 marathons in the lead up to the 2023 UN Water Conference in March “to drive action on the global water crisis” and “to inspire a new generation of water advocates amongst companies, governments and people everywhere.”

But in addition to that, as this month is Plastic Free July, Mina has a new message on LinkedIn:

“I encourage you to take a moment to think about ways that you can reduce single use plastics and plastic waste in your life.”

During her RUN BLUE marathons so far, Mina has observed litter everywhere. She writes on LinkedIn that, “This rubbish inevitably finds its way into our waterways and oceans, rendering them unfit for human or animal consumption, and useless for industry. … You can show your dedication to this cause by signing up for the virtual Zero Waste Run, and dedicating your kilometers to reducing plastic waste in our waterways and oceans.” Mina explains the reason behind this initiative in the short video below.

The Zero Waste Run, a 5-day virtual event, will take place from August 3-7, 2022. Sign-up is free and “open to runners, walkers and movers worldwide”.