Back in the Air Again 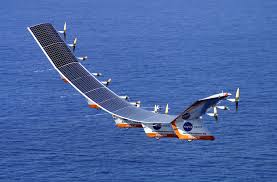 Solar Impulse has taken off again. After 10 months on the ground in Hawaii due to battery problems, the solar plane took off on April 21st to resume its long journey over the Pacific Ocean to San Francisco. It has two new batteries and a new cooling system. The flight will take three days and nights. The plane is flying without a single drop of fuel, powered by clean, solar technologies, to complete the crossing of the Ocean begun by André Borschberg last year.

Solar Impulse is an experimental plane whose mission is to fly around the world without fuel.

The pilots and their team plan to return to the Middle East by late summer, completing a 35,000-kilometer (27,000-mile) trip around the world. The aim of this trip is to promote clean technologies.