Advances in Nuclear Energy: Not Such a Bad Energy Source After All? 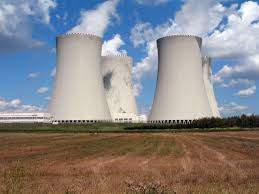 Everyone knows how dangerous nuclear energy can be. No so long ago, the accident at the Fukushima nuclear power plant in Japan after the earthquake and tsunami of 11 March 2011 caused three meltdowns and the release of radioactive material the next day.

Time will tell whether cancer cases and deaths from radiation exposure following the accident will increase in the population living near the power plant. So although it is understandable that certain countries have vowed to stop nuclear power (among them Switzerland and Germany) as a result of the risks made awfully apparent by the accident, today advanced nuclear reactor technology must be considered when deciding what a country’s energy mix will consist of. 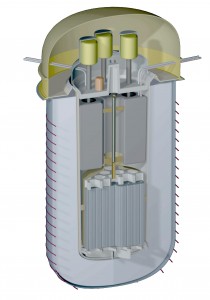 One example is the Integral Molten Salt Reactor (IMSR), which should come into operation by 2030. It generates electricity at relatively low cost and it is safe, with low levels of manageable waste. According to Terrestrial Energy in Canada, the IMSR uses liquid fuel (as opposed to the conventional solid fuel) that cannot melt down and does not use pressure or water. Even better, Terrestrial Energy declares: “with recycling, an IMSR will burn virtually all of its own fuel and long-lived waste, and can also consume all other existing nuclear waste including weapons material.”

Exciting news also comes from another example of nuclear technology. It’s an advanced nuclear reactor design being developed by UPower Technologies. The reactor is small — it can fit in a railroad car or shipping container. The reactor block has no moving parts and it is cooled exclusively by natural forces. And it can consume nuclear waste and convert it to energy!

Other small-scale nuclear generators are being designed. The technologies could generate electricity at comparatively low cost while recycling the extracted plutonium into new nuclear plant fuel (a mix of uranium and plutonium oxides). Their compact size will also reduce construction times and costs.

So perhaps it’s time to rethink our natural and understandable aversion to nuclear power generation. Information about advances in nuclear energy, including advanced nuclear reactor technology, should be better communicated to the public for consideration, since nuclear power can provide large-scale CO2-free electricity.