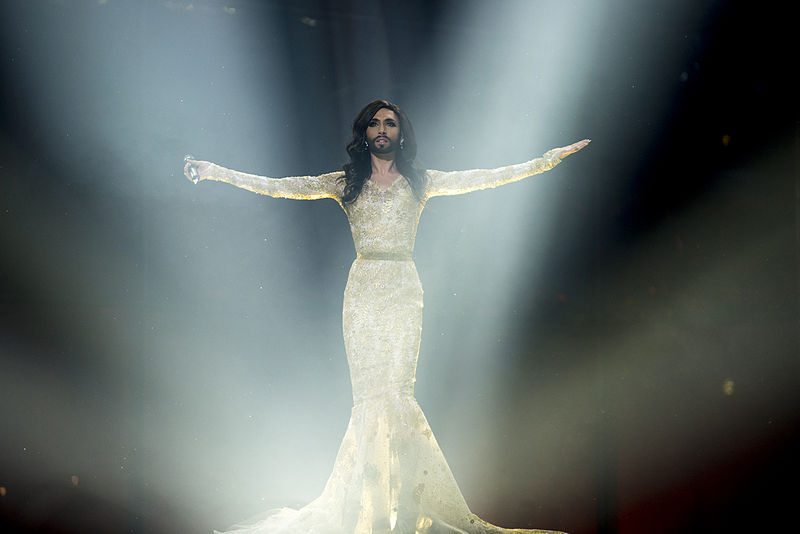 Drag queens are not new but, in that role, Conchita Wurst (or is it Tom Neuwirth?) has forced us to rethink gender stereotypes. He’s a bearded woman. 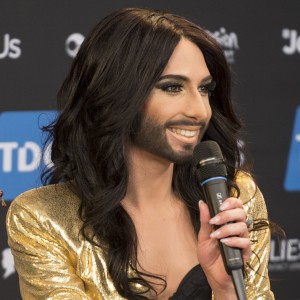 Conchita is not the first person to win the Eurovision Song Contest whose self-identity does not conform unambiguously to conventional notions of male or female gender. But she has used her notoriety from winning the 2014 version of Europe’s most famous and long-running song competition to disseminate a message.

It’s a message about diversity and tolerance. Winning the Eurovision Song Contest “was not just a victory for me but a victory for those people who believe in a future that can function without discrimination and is based on tolerance and respect. … For me a perfect world would be when we don’t have to talk about sexuality, where you’re from, what you believe.”

Interested in fashion and show business, Austrian-born Neuwirth launched his singing career as a teenager. In 2011, he began appearing as Conchita Wurst. He explains that the inclusion of the beard as part of his female character is “a statement to say that you can achieve anything, no matter who you are or how you look.”

Whether appearing as Conchita Wurst, the singing diva with thick false eyelashes and dark beard, or Tom Neuwirth, a man with a message who is standing up for his rights and who he is, both are a sensation. Despite the obvious ambiguity, the message is clear. And as Conchita says, “You’ve just got one life and you have to make it fabulous.”