“Out of Adversity Comes Empathy” 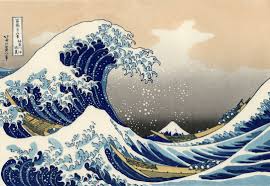 “Out of adversity comes empathy”. Out of empathy came the idea and implementation in Japan of an initiative to assist young people who survived the Great East Japan Earthquake and Tsunami that struck the country in March of 2011.

That initiative is BEYOND Tomorrow. Begun in June 2011 just after the disaster, this scholarship and leadership programme is helping many of the young survivors and orphans in the disaster-hit areas to obtain degrees to become Japan’s next-generation of innovators.

According to BEYOND Tomorrow’s 2013-2014 annual report, “Scholarship programs are open to any student who resided in Tohoku at the time of the earthquake and wishes to further their education beyond high school. In addition to financial support, participants also have the opportunity to attend a variety of leadership training programs and whole-person educational programs while they are enrolled.” 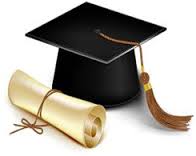 The idea behind this assistance, and the leadership programme in particular, is stated as follows: “BEYOND Tomorrow believes that the young people who experienced the unprecedented damage and difficulties of the Great East Japan Earthquake and Tsunami are exactly the kind of people who have the ability to think broadly about the world and the leadership qualities to tackle global issues.”

The focal point has been on those who have “experienced extreme hardship and adversity, losing their families and their homes … Our focus has consistently been on their growth and development, and from the very beginning we were confident that their trials would give them understanding and empathy for others in similarly difficult circumstances.” Hence the motto, “Out of adversity comes empathy”.

BEYOND Tomorrow is funded by a number of partners and supporters, including Bank of America Merrill Lynch, Japan Society, Mitsubishi Heavy Industries Ltd, Takeda and the U.S.-Japan Council. Other contributors include ALBION, GE, Kikkoman, Konica Minolta, KPMG and Rohto, among others.