Kids Learning and Teaching Themselves 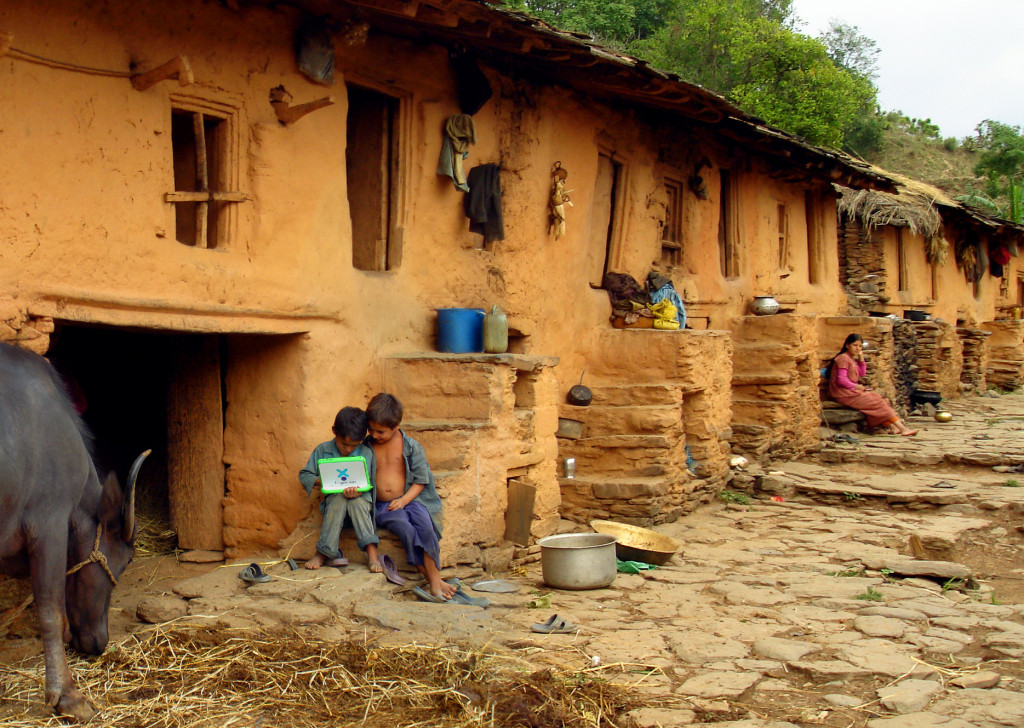 One Laptop per Child program in Nepal

Is it true that “all you have to do is give children a computer”, one loaded with learning programs, films about wildlife and foreign lands, and math games in their language and English, and they will learn independently, without instruction?

That’s what Matt Keller of the Massachusetts Institute of Technology aimed to find out. To do so, he found a remote village of eight families in the boondocks of Ethiopia, where there is no electricity or running water. Wenchi is 12 kilometers (over 7 miles) away from the nearest school. It’s too far for the kids, who are illiterate and tend to the cows and goats or go to get water at the well an hour’s walk away.

As described in an article in Der Spiegel online about the “One Laptop per Child” project, given the tools and electricity, in this case solar-powered tablets with curated content, children will figure out how to turn on the portable computer in a matter of minutes, and use it to learn and teach themselves. “After five days . . . children who had never seen letters before were using 47 apps. They were singing the ABC song after two weeks, and after five months they had circumvented the Android security settings” and had shot a short video of family members and one of the village huts.

One Laptop per Child has been under way in Ethiopia since February 2012. In Wenchi and another village, Wolondhete, 20 children between the ages of 4 and 11 were given a Motorola Xoom tablet. Around 2,500,000 children and teachers around the world today participate in the One Laptop per Child non-profit initiative. The project is also present in Uruguay, Peru, Argentina, Mexico, Rwanda, Gaza, Afghanistan, Haiti, Mongolia and Nepal, among other countries.

Children are autodidacts. “Children all over the world have the same capacity to learn and are equally gifted. It meant that they don’t need teachers, that tablets can simply be thrown out of airplanes like CARE packages, and that this could reduce the gap in knowledge between affluent and primitive societies.”

But even good intentions are rarely easy. Sure, in the case of Ethiopia someone needs to come to Wenchi every week to replace the memory cards, and questions are being asked about what happens when kids see things on their tablets they might want but don’t have access to or can’t afford. In the country’s capital, Addis Ababa, some well-educated Ethiopians can’t find jobs. But isn’t it better for children to be learning something and using their time to teach themselves rather than remaining illiterate or receiving handouts?

The idea that, with certain tools, children can learn by themselves without help is revolutionary. It makes us think about the present role of schools and teachers. It forces us to rethink our ideas about our educational system. It obliges us to ask questions about the value of rote learning through memorization and repetition, meaningful learning and active learning. And the idea that we might need to change everything about institutionalized learning and the way most children are educated today is mighty uncomfortable.

At the same time, learning to read and learning to learn can only bring even greater curiosity and thirst for knowledge. Reading leads to learning about anything. Knowing how to read and write offers greater opportunity and allows dreams about the future to form. And dreams cannot be reached if they do not exist.