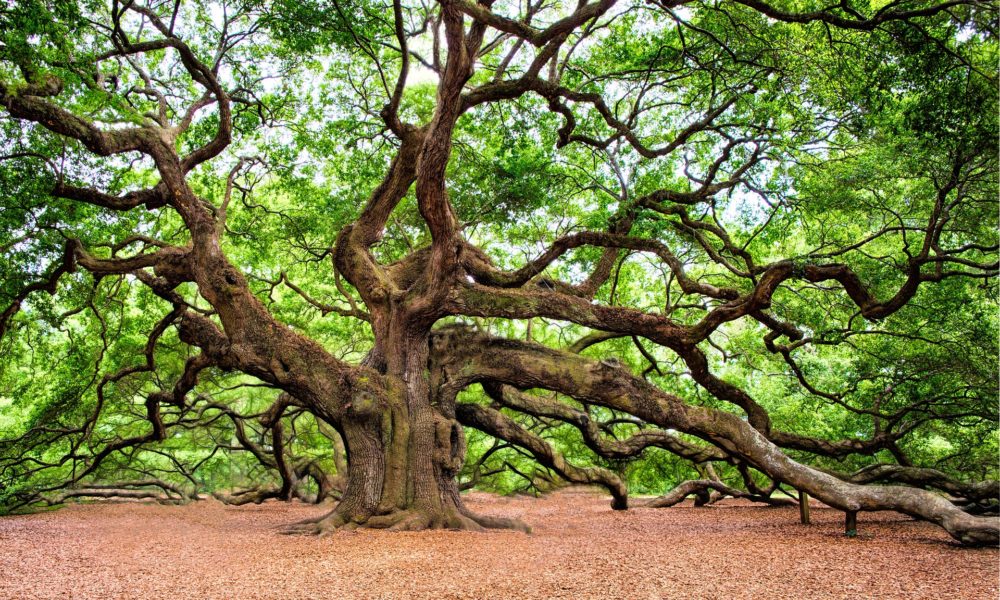 Hug a Tree. It May Well Benefit You.

Did you know? Hugging a tree, even touching it, will likely make you healthier. And just being around trees has beneficial effects.

Nature & Health magazine reports that, “Tree-hugging has been shown to specifically benefit depression, attention deficit hyperactivity disorder (ADHD), headaches, muscle weakness, stress and poor concentration.” Studies especially in Asia have long suggested that being in nature and touching trees is good for humans and that it might even help people fight cancer and stimulate the production of cells capable of fighting the disease. But Matthew Silverstone in his book, Blinded by Science, published in 2011, attracted particular attention to the phenomenon.

In his book, the author affirms that vibrations are all-important. Everything vibrates, “… absolutely everything, from the nucleus of an atom to the molecules of our blood, our organs, our brain, light, sound, plants, animals, earth, space, the universe”. He continues, “… vibrations whether they are in the form of sound, light, electricity, magnets or gravity, will be shown to be the number one factor that underlies the unexplained phenomena that Western science fails to understand”. These vibrations are at the root of how trees can improve our health.

Different vibrations affect biological behaviours, and the vibrational energy of trees and plants gives us health benefits. By coming into contact with the trees, we pick up these vibrations and their natural life-giving energy. Silverstone proves that interacting with them improves concentration levels and reaction times, helps counter depression, and alleviates stress and headaches.

For those who might still be skeptical, Silverstone affirms in the Introduction of his book that his information comes only “from medical and scientific studies, not from opinion or hearsay … conducted by a scientist in the field of research … subsequently published”.

Without a doubt, people who connect with nature, even just by walking in a park or forest for 30 minutes, get away from a stressful life. That in itself will lower blood pressure and stress levels. But studies show yet more powerful benefits. Fractal Enlightenment reports the following “Nature Facts”, quoted here:

In Japan, forest bathing (Shinrin-Yoku) is associated with positive physiological and psychological effects. The Japanese term means “taking in the forest atmosphere”. It is a traditional practice in Japan that involves immersing oneself in nature and consciously using all five senses. An August 2017 article entitled “Shinrin-Yoku (Forest Bathing) and Nature Therapy: A State-of-the-Art Review” in the International Journal of Environmental Research and Public Health (14(8): 851) concludes that further research and evidence are needed to link Shinrin-Yoku to clinical therapeutic effects. Nevertheless, the authors’ review of the literature leads to believe that practising forest bathing has “therapeutic effects on: (1) the immune system function (increase in natural killer cells/cancer prevention); (2) the cardiovascular system (hypertension/coronary artery disease); (3) the respiratory system (allergies and respiratory disease); (4) depression and anxiety (mood disorders and stress); (5) mental relaxation (Attention Deficit/Hyperactivity Disorder) and; (6) human feelings of ‘awe’ (increase in gratitude and selflessness).”

All this isn’t so surprising when you know that two very popular drugs – aspirin and quinine (an antimalarial agent) – come from tree bark. In fact, most drugs are chemically derived from plants, and many are obtained from trees. Aspirin comes from willow bark; yews are the source of Taxol, an anti-cancer chemotherapy drug; ginkgo biloba improves circulation; the oil of melaleuca alternifolia, or tea tree, is good for skin infections; and pine tree bark is used to produce Pycnogenol, which protects against deep vein thrombosis.

So, go for a walk where there are lots of trees. Sit against the trunk of one and use as many of the senses as possible: look at and smell the leaves, listen to the rustle of the foliage, touch the bark and eat the edible fruit or seed. You should feel comfort, strength and security. And you’ll feel good on the inside.

Featured image by RegalShave from Pixabay