From Toilets to Tanks, Sewage to Fuel

In Japan, the city of Fukuoka is using human sewage to fuel hydrogen-powered cars.

It’s part of the Fukuoka Hydrogen Leader City Project to achieve a hydrogen society. And it’s the first project in the world to produce sewage-powered cars 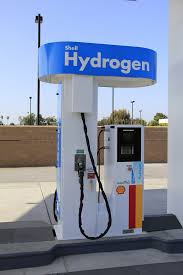 Fukuoka sends the human sewage produced by its 1.55 million citizens to a sewage treatment plant, where biogas generated from the fermentation of sewage sludge is used to produce hydrogen. That hydrogen is then supplied to fuel cell vehicles (FCVs) at hydrogen fuel stations.

The city is promoting fuel cell technology, such as fuel cells for home use and for fuel cell vehicles (FCVs), to realize significant energy savings. The fuel cells extract energy from the hydrogen fuel, which can power almost anything. The Ministry of Economy, Trade and Industry’s goal is to establish a CO2-free hydrogen supply system by 2040 that uses renewable energy.

Already in 2014, a study by the US Department of Energy’s National Renewable Energy Laboratory entitled “Renewable Hydrogen Potential from Biogas in the United States” found that biogas from waste water treatment plants, landfills, animal manure and industrial facilities could be used as a major source of hydrogen — enough to support 11 million FCVs per year in the US alone. 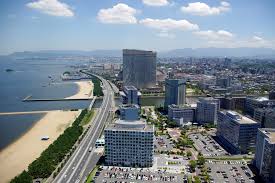 Although CO2 is not emitted when FCVs are running, it is emitted when hydrogen fuel is produced. So far the most economical way to produce hydrogen has been from fossil fuel, but that generates carbon emissions. More studies are needed but it appears that hydrogen from biogas causes 60% fewer carbon emissions than hydrogen produced by other sources. Thus Fukuoka’s efforts aim to greatly reduce CO2 emissions in one of Japan’s largest cities.