Fighting Racism, Sexism and Other Biases through Sleep? 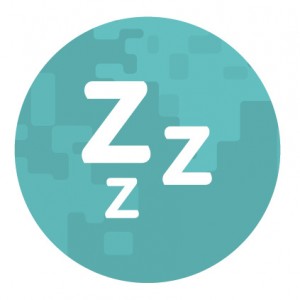 It’s a fact that deep sleep reactivates and strengthens specific memories. How does that work? Through replay. The neurons that make new connections in the brain when you are in the process of learning something reactivate during sleep. So, if you study for a test just before going to bed at night or before a nap, you’ll remember better what you studied when you wake up than if you hadn’t slept.

This fact led scientists to wonder whether sleep could help reverse implicit social biases, which, according to Xiaoqing Hu, Postdoctoral Fellow at University of Texas at Austin, are the “learned negative associations we make through repeat exposure – things like stereotypes about women not being good at science or biases against black people.”

So tests were conducted to measure a group of people’s social biases, including stereotyping, and then those people received counter-bias training that aimed to reduce pre-existing gender stereotypes and racial bias. When the participants responded positively to counter-bias association exercises (such as images of female faces with science words or black faces with pleasant words) they heard distinctive sound cues.

After the training, the people were asked to sleep for 90 minutes. During their nap, they heard one of the sound cues repeatedly. When they woke and redid the association exercise testing, the “pre-existing stereotypes that were associated with the sound cue replayed during sleep were significantly reduced …. So if a participant heard the sound cue associated with the counter gender-bias training while they slept, when they retook the implicit association test, they were less likely to use stereotypes about women not being good at science.” What’s more, “the biases were reduced by at least 50% relative to the pre-sleep bias level.”

More studies are needed to strengthen these findings and to determine how long the results of the sleep-based intervention lasts. Nevertheless, the positive news is that people can unlearn certain prejudices, including racism and sexism, through training that reduces or reverses them, and sleep can reinforce that training through the process of replay. 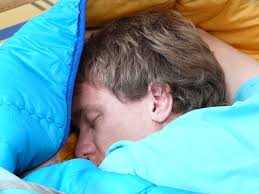 Find out more:
“Can we unlearn social biases while we sleep?” by Xiaoqing Hu in The Conversation 28 May 2015;
“Sleep study raises hope for clinical treatment of racism, sexism and other biases” by Gareth Gaskell in The Conversation 28 May 2015;
“Exploiting sleep to modify bad attitudes” by Gordon B. Feld and Jan Born in Science 29 May 2015: 971–972;
“Unlearning implicit social biases during sleep” by Xiaoqing Hu, James W. Antony, Jessica D. Creery, Iliana M. Vargas, Galen V. Bodenhausen, and Ken A. Paller in Science 29 May 2015: 1013–1015.