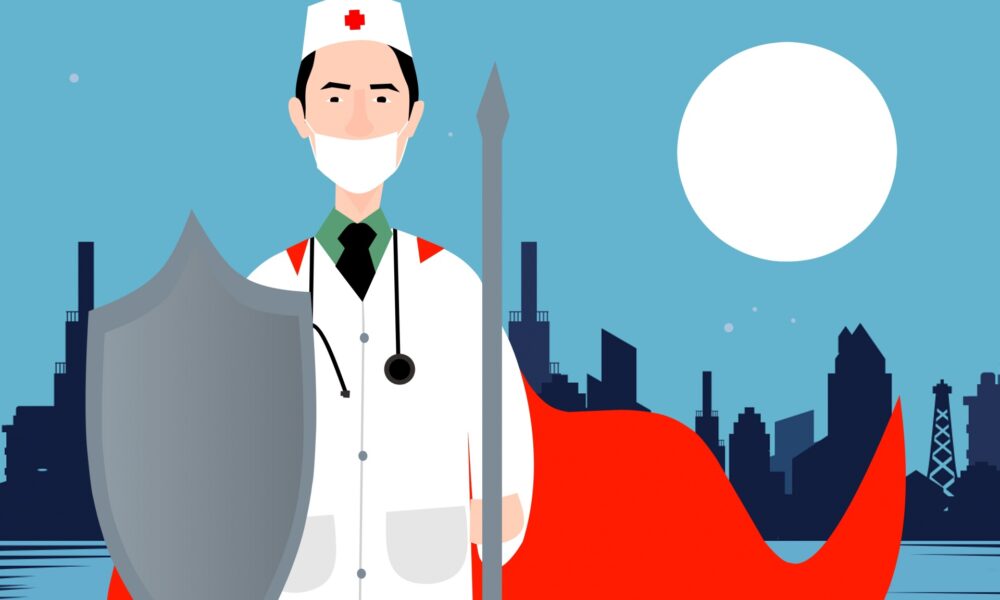 Normally, protectors and defenders of the homeless in New York provide them with food and shelter or other necessities. But a few weeks ago, the international, independent medical humanitarian organization Doctors Without Borders began giving them cell phones. The organization handed out 1,000 donated phones with two months’ unlimited texts and calls. Each phone displays its own number and whom to reach in a crisis. The phones are thus a lifeline, allowing those who fall ill to call emergency telephone number 911 or to get a telemedicine appointment.

The phones also make it possible for the needy to find shelter, social services and other resources during the ongoing coronavirus pandemic. This is especially necessary now that the churches and soup kitchens that came to their aid before the crisis are mostly closed. Doctors Without Borders has also established a temporary relief base with showers and bathrooms for the homeless in Manhattan.

Doctors Without Borders, which, in its own words, “provides medical assistance to people affected by conflict, epidemics, disasters, or exclusion from healthcare,” established a presence in New York in March 2020 at the beginning of the coronavirus pandemic.

The city of New York has as many as 80,000 homeless people. They are at greater risk for contracting COVID-19 because of their precarious living conditions, their probability of having pre-existing health problems, their inability to avoid certain crowded locations (such as shelters), and their difficulty in keeping clean or even washing their hands.

The organization works to “provide assistance to populations in distress, to victims of natural or man-made disasters and to victims of armed conflict”. It goes where it feels it can do the most good, without consideration for people’s race, religion, creed or political convictions. The Doctors Without Borders website reports that “Since 2016, we refuse to take funds from the European Union, its Member States and Norway, in opposition to their damaging deterrence policies on migration and their intensifying attempts to push people away from European shores. Moreover, we don’t accept contributions from companies and industries whose core activities may be in direct conflict with, or limit, our ability to provide medical humanitarian work. Hence, we don’t accept money from: pharmaceutical and biotechnology companies, extraction industries (such as oil, natural gas, gold, or diamonds), tobacco companies and arms manufacturers.”

Individuals’ donations, though, pay for millions of consultations, surgeries, treatments and vaccinations every year. To donate, go to https://www.msf.org/donate.

One of Doctors Without Borders’ current aims is “to ensure that any new treatments or vaccines developed to respond to COVID-19 are accessible, affordable, and available to all.”