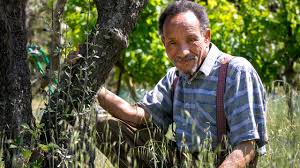 According to agroecology.org, this branch of science is:

Since the 1960s, Rabhi has advocated mutual respect for populations and land, championing agricultural techniques that preserve the environment and natural resources. He has helped over 150,000 small farmers in France and West Africa to combine traditional and modern ecological agronomical techniques that significantly increase agricultural yields while respecting the environment.

In 1994, Pierre Rabhi founded the Earth and Humanism association to disseminate the benefits of agroecology and call attention to the importance of respecting biodiversity. The NGO promotes the use of farmer seeds, organic fertilization and effective water use. It runs programs in France, Mali, Morocco, Burkina Faso, Senegal and Cameroon.

Rabhi also created the Colibris Movement in 2007, which according to its website has three objectives: “to sensitize the public about the importance of sustainable land practices and the consumption of local, seasonal produce; to support citizen action in initiatives that have these goals in mind; and to facilitate exchanges between communities and their local farmers.” 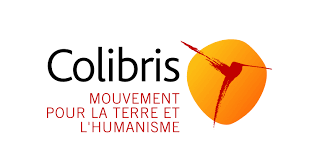 Movement for the Earth and Humanism

Rabhi’s hands-on efforts have actually brought about a new form of practical North-South development aid that “allows for local food self-sufficiency and embraces indigenous cultures and knowledge, as opposed to the traditional short-term and content-based aid programs, which reinforce South-North dependency and endemic poverty.” One of Rabhi’s goals is to do away with industrial and chemical farming methods. To accomplish this, he has created local training centers and agroecological farmers’ networks in Africa and France to teach his methods and encourage grassroots actions.

A self-made man, Pierre Rabhi completed a farming apprenticeship and worked as a small farmer, deciding from the start not to follow the agricultural industrialization he witnessed in France. Among his many accomplishments, he set up the International Forum for the Sharing of Knowledge about Applied Practices in 1988, and in 1994 started the “An Oasis in Any Place” movement that promotes communal responsibility in rural or urban spaces. These places aim for ecological balance and environmental autonomy. People there produce food and share resources together, forming shared eco-habitats, eco-neighborhoods or eco-villages.

Recognizing that planet Earth is the only oasis of life that we have identified so far in our galaxy, Pierre Rabhi’s lifelong mission is to take care of this oasis, respect its physical and biological integrity, take advantage of its resources with moderation, and ensure peace and solidarity between human beings there, while respecting all forms of life. This endeavor, he says, is the most realistic and the most magnificent of all.