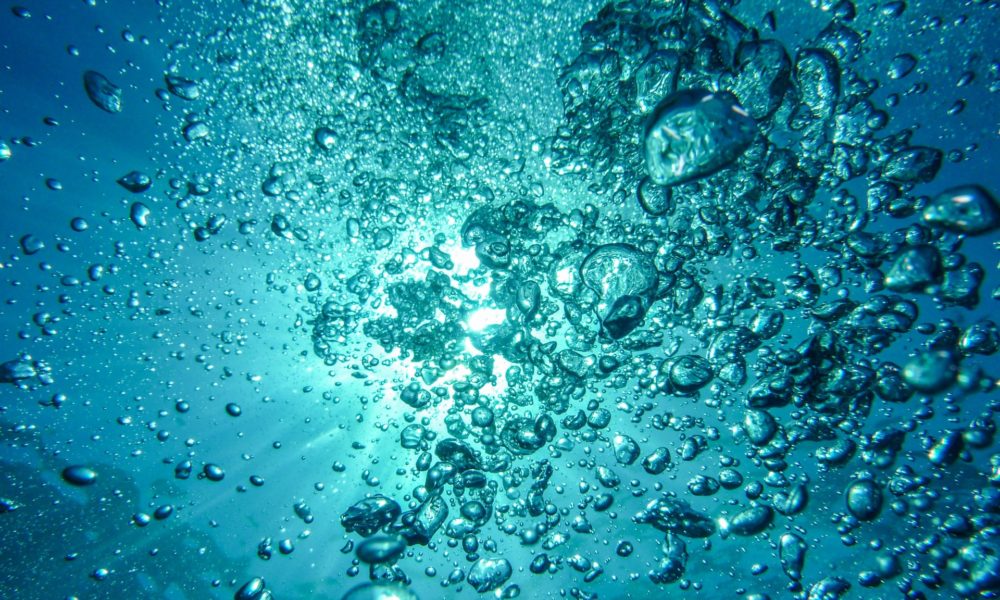 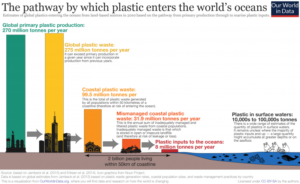 Pathway by which plastic enters the ocean (Source: Our World in Data)

Companies have produced more than 7 billion tons of plastic since production first started to ramp up in the 1950s. Unfortunately, all manner of plastics, such as helmets, single-use bottles, bottle caps, windsurf boards and even Christmas trees, have been finding their way into waterways and, from there, into the ocean, since the beginning. Up to 80% of ocean plastic comes from rivers and coastlines, with 11 million metric tons of plastic waste flowing into the oceans every year. Plastic debris less than five millimeters in length, known as microplastics, can also affect marine life.

What can be done?

Many organizations are working to find a solution to the plastic crisis. Among them is Dutch social enterprise The Great Bubble Barrier, which started operations in 2019 with the first Bubble Barrier in Amsterdam. 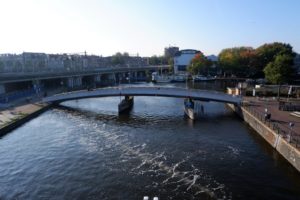 Commissioned by the Regional Water Authority Amstel, Gooi and Vecht and the municipality of Amsterdam, this barrier has made the city of Amsterdam a global pioneer in the fight against plastic pollution. Bubble Barrier Amsterdam lies in the Westerdok, which is part of the city’s canal system and ends at the sea via River IJ.

“Research has shown that densely populated urban areas are causing pollution of our precious waters. Our goal is to place permanent Bubble Barriers in different rivers and channels – in cities, industrial areas, ports, locks and other strategic locations where we can collect plastic,” says the company’s website.

The Bubble Barrier traps 86% of the trash that would otherwise flow to the River IJ and further on to the North Sea, according to Philip Ehrhorn, co-founder and chief technology officer at The Great Bubble Barrier. 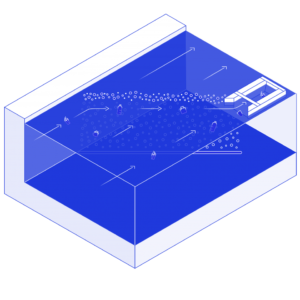 The idea is to catch plastic without having a physical barrier like a net or boom blocking the river, which could disrupt aquatic life or interfere with shipping.

The barrier does not keep aquatic species from navigating through the system and thus does not disrupt their feeding, breeding or other patterns.

The start-up, which is for-profit, plans to install more Bubble Barriers in the Netherlands, in Portugal and in Indonesia.

Beyond keeping plastic out of the ocean, the system could help change attitudes: the waste inside the catchment system is easily visible to anyone passing by. This could help people realize the magnitude of the problem and discourage single-use plastic, waste and littering.