Better Off than Ever Before 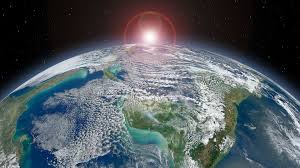 Did you know? Although it may not seem like it from all we hear in the news, taken altogether, humanity has never been better off, based on GDP and other measures of well-being. Here are some facts:

1) The number of people living in absolute poverty has been reduced by 60% since 1980.

2) The world is safer than ever: fewer people die from violence or conflict.

4) The average person has greater economic security than ever before.

5) The world is more technology-enabled than at any time in the past.

1) The number of people living in absolute poverty has been reduced by 60% since 1980, even while the population of the world has increased by the same proportion, according to Our World in Data. So fewer people live in absolute poverty, which the 1995 Copenhagen Declaration on Social Development defines as “a condition characterized by severe deprivation of basic human needs, including food, safe drinking water, sanitation facilities, health, shelter, education and information. It depends not only on income but also on access to social services”.

2) The world is safer than ever: fewer people die from violence or conflict than at any time in history. Take a look, for instance, at one example: homicide rates in Europe since 1300 have drastically declined:

Other regions of the world show similar results: homicide rates have also fallen in Japan over the last 100 years, and in the United States over the past few centuries.

3) Human lifespan is longer today. Lifespan is the length of time human beings may be expected to live, which for our species was estimated in the 1960s to be around 89 years. Although opinions on the number of years differ, that’s certainly longer than 2,000 years ago. We also have more comfortable lives than our ancestors had.

4) Currently, the average person has greater economic security than ever before. Deirdre McCloskey in her book Bourgeois Equality affirms that, since 1800, the average real income per person in OECD economies has increased around 2,900%. At the same time, life expectancy at birth has more than doubled in almost every country.

5) The world is more technology-enabled than at any time in the past. According to Statista, an estimated 4.5 billion people regularly use a mobile telephone. The smartphone is the main channel for digital retail commerce in China. The internet has become a part of many people’s lives; according to OECD Science, Technology and Industry Scoreboard 2015, 70% of people in OECD countries connect to the internet daily. Digital technologies, our electronic tools that include social media, cloud computing and mobile devices, are enabling developments in the fields of robotics and drones, medicine, printing and energy generation, just to name a few. One study, reported by McKinsey & Company, suggests “driverless cars could reduce traffic fatalities by up to 90%”.

Many other advances that make us better off than ever before could also be cited. Thankfully the list is long. But it bears remembering that the world is changing in positive ways, albeit slowly, especially in an age when we are reminded all too often that inequality is rising and public trust in business, government and the media has fallen to what seems like an all-time low. But if we put our times into perspective and look at how humanity has evolved since the beginning of human existence, the news is actually really good.